Dream Retirement of Millions of Brits Threatened by Vote to Leave E.U.

A man stands on the terrace of a hotel in Torremolinos, southern Spain, Aug. 3, 2009.
Jorge Guerrero—AFP/Getty Images
By Alistair Dawber/Torremolinos

The first order of the day at a meeting of the Torremolinos branch of the Royal British Legion, an organisation established in every town in the U.K. to raise money for war veterans, was organising an upcoming fundraising dinner.

“Is there a quiz?” asks Helen, one of the members. “And meal?” Fortunately there is: the dinner is being held in the same format as last year for the members who live in this part of southern Spain, but still feel strongly enough about their own country to sell Poppies each year to raise money for veterans and remember British war dead.

Once those that are yet to pay the $10 to attend the dinner have promised to so, the conversation switches to other issue that is dominating life for expats on the Costa del Sol: June’s referendum on the U.K.’s membership of the European Union.

Almost a million Brits have chosen Spain for retirement or as a bolt hole from the U.K.’s unpredictable weather, but their status will be threatened if the U.K. votes to leave the E.U. Establishing the rights of Brits in the E.U. would be a complex and daunting task according to a report by the British Parliament’s House of Lords published on Wednesday.

Officially, there are about 350,000 Brits living in Spain, to enjoy the sun and a substantially lower cost of living than in many parts of the U.K. In fact, conservative estimates put the number of Britons in Spain at closer to 850,000 – once those who have not declared their residence here to the taxman are taken into account.

An estimated 2 million Britons live in the E.U and more than 2 million Europeans live in the U.K. The numbers aren’t precise because E.U. residents can live and work freely in other E.U states.

Torremolinos – a small fishing village as recently as the 1950s – is now home to countless high-rise hotels, British pubs and seafood restaurants with English menus. It has become home from home for many of those Brits seeking a life in the sun.

But many are now concerned that their lifestyles will be under threat if British voters choose to leave the E.U.

“It’s very worrying,” says Mary Le Corney, a retied teacher and the chair of the British Legion’s Torremolinos branch, who has lived in the town for the last 30 years. “It’s a very emotive subject and people here, among the expat community, are very worried, they are asking, what’s going to happen to us?”

The main concern among British expatriates in Spain and other E.U. states is: will we be allowed to stay if the U.K. votes to leave the E.U?

“I’m not even allowed to vote, but if I was, it would definitely be to stay in. I go back once a year for the Royal British Legion annual conference, and I can’t wait to get back here – we get a better quality of life in Spain. But we’re still British,” says Mary.

Hazel Glover, another British Legion member, is staunchly behind staying in the E.U., but complains the U.K. government has offered little information, especially when it comes to what happens if the U.K. leaves the E.U. “A lot of people are worried that we may not have the right any more to own property here, or to stay here. We’re worried about the right to continue to receive healthcare, ” she says.

That leads to another debate, with some who use the Spanish health service free of charge saying that they have already received assurances that their care will continue, even if Britain leaves the E.U. Others point out that there is no way of knowing.

Read More: Why ‘Brexit’ Will Be the Most Important Decision Britons Ever Make

The majority of the British expatriates in Spain and some other European countries are pensioners who don’t work and don’t pay income tax to their host country. By contrast, most of the European migrants in the U.K. are of working age and pay income tax.

The debate at the Legion highlights that few people know what are the risks are of leaving, or the benefits of withdrawing. “I don’t think even the politicians know,” says Glover. “Nobody knows what might happen. You get this from one side, and that from another, but nobody really knows.”

For those that split their time between the U.K. and Torremolinos, typically spending the winter in Spain and going home for the summer, the issue is different.

“Out” says Tony, a farmer from Cumbria when he’s asked for his opinion. “We’re better off out. The E.U.’s completely undemocratic. You’ve got the commissioners, they’re not elected by anyone; they overrule anything they want. And then there’re the borders. We need to tighten them – the country’s full enough as it is.

“There aren’t many immigrants in Barrow, where we’re from. There are quite a few Poles that have come over in recent years, but they’re no problem really. They’ve always been good workers.”

All the members of the Legion agree that both the remain and the leave campaigns spread misinformation about the issue in Torremolinos. “You can’t trust a politician,” says Mary. Others accuse “certain newspapers” of pushing their own agenda.

A mile or so away on the beach front, even in late March, there’s already enough flesh being shown off by the northern Europeans to suggest that summer, and therefore June’s referendum, is not too far away.

“Can we even vote?” asks Maureen Blackwell, who with her husband, Geoff, emigrated to Torremolinos last October. The fact that they don’t know highlights one of the problems with both campaigns – there is a lot of argument, they say, and very few facts. The Blackwells would vote to remain in, albeit begrudgingly. “I think it would be best for the economy,” says Geoff. “But look at the situation in Europe with all the migrants. Something has to be done about it.”

At one bar, the landlord refuses outright to discuss the referendum. “Football, golf and running the pub, that’s all I’m interested in,” he says. “I couldn’t care less about the politicians. They all lie and I never vote. It won’t make any difference.”

Perhaps it is the most astute observation. The referendum is seen here as an unnecessary annoyance that could have a detrimental effect of people’s lives: as yet they just don’t quite know how.

Back at the Royal British Legion meeting, a show of hands shows a small minority in favour of staying in the E.U.. Interestingly though, the support for remaining comes from the full time expats. Those who split their time between Spain and the U.K. favour coming out.

It is obvious that the debate will continue at the upcoming dinner and quiz. Those that live in Torremolinos hope that a vote to leave the E.U. won’t mean it’s the last one they hold. 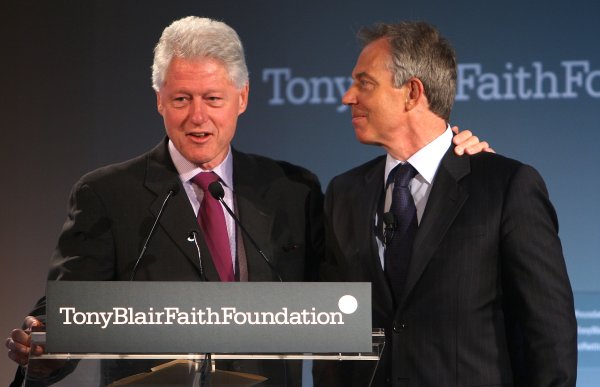