Carly Fleischmann doesn’t speak verbally, but she had Channing Tatum hanging on every word of their conversation during the inaugural episode of her web show Speechless With Carly Fleischman.

Fleischman, a young woman diagnosed with severe autism who communicates by typing on a computer, recently charmed the Magic Mike and Jump Street star while grilling him about his career, his personal life, and even his greatest fears.

Asked about the challenges of being viewed of as a Hollywood hunk, Tatum admitted, “I find it hard to make people take me serious at all, ever.” Not that he was complaining about his genes, mind you. “I’m really lucky,” he said, “my parents are two good-looking people.”

Tatum also revealed two of the actors he’d most like to work: Morgan Freeman and Jack Nicholson. “Each one of them has such a different, unique quality,” he said. “When you say Morgan Freeman, you just go, ‘There’s no one like Morgan Freeman. There’s just Morgan Freeman.’” 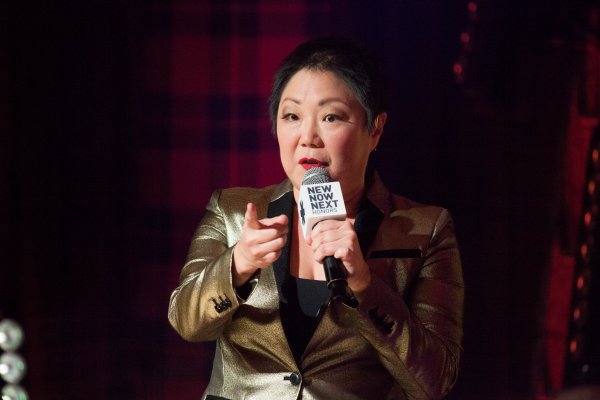 Margaret Cho and Fans Speak Out About Whitewashing Asian Characters
Next Up: Editor's Pick