For a guy who can’t possibly win, Donald Trump certainly wins a lot. Of course, he has been trying to tell us this for months now. “Win and win and win and win,” he often says in campaign speeches, sometimes with a few more “win”s thrown in. But still, millions of people in America and around the world are asking today—as they’ve been asking for weeks now: Could Trump really win the White House?

He will unless someone beats him.

And that’s turning out to be harder than predicted. Trump won again on Tuesday in Indiana, a huge and sweeping victory that drove Texas Sen. Ted Cruz—his foremost remaining opponent for the GOP nomination—out of the race. You could field an 11-member football team from the Republicans that he has beaten, with vanquished foes left over to punt, tape ankles, carry the water bottles and wear the mascot suit.

Everyone said it would never happen. (I said it on July 9, 2015.) Trump insulted too many people. He revealed too much ignorance. He spent too much time on the unpresidential low road, and when he ventured onto the high road, he was as uncomfortable as a boy in new church shoes.

Now Republican National Committee Chairman Reince Priebus has crowned Trump as the party’s “presumptive” nominee. Trumplike, he chose Twitter for the coronation, and added a modest nod to the failed #NeverTrump movement among the party’s mainliners. Priebus offered #NeverClinton in its place.

In the end it wasn’t even close. The same thing happened to Cruz that happened to Florida Sen. Marco Rubio and former Florida Gov. Jeb Bush in earlier rounds: emerging as the anti-Trump was like strapping on cinderblock water skis.

And that was no fluke. Back in February, Trump’s political pit bull Corey Lewandowski coolly predicted that his boss would cut up his last opponents during a flurry of primaries in late April in and around Trump’s native New York. Sent reeling in the Northeast—right on schedule—Cruz staggered through the Indiana round before raising his gloves: No mas.

Afterward, Trump agreed with Priebus. “Now, we’re going after Hillary Clinton,” he told supporters at Trump Tower in Manhattan. If the GOP is going to heal after this extraordinary primary, that’s what the healing will sound like.

Donald Trump’s speaking style is like a tipsy uncle at a family wedding. “This country, which is very divided in so many different ways, is going to become one beautiful loving country,” he said in his victory speech. “We are going to love each other, cherish each other, take care of each other, and we are going to have great economic development. We are not going to let other countries take it away from us.”

In some strange way, it had the ring of history to it.

And what comes next? Seems like we would have learned to avoid predictions by now. The possibilities, though, fall into two broad alternatives. The late GOP strategist Lee Atwater used to say that what is supposed to happen usually happens in politics—and that is the hope of Trump resisters everywhere. A man with record low approval ratings, a man opposed by a large majority of female voters, a man who has angered Latinos and trafficked in conspiracy theories, is not supposed to be president.

But former Mississippi Gov. Haley Barbour often says something a little different, something that takes the X-factors of momentum and winning into account. In politics, he says, good gets better and bad gets worse—good for the candidates, that is. Not necessarily for the country.

Donald Trump has been on a very long, very good roll in this campaign. Presumed Democratic nominee Hillary Clinton has not. In fact, she lost to Vermont Sen. Bernie Sanders in Indiana even as Trump was closing the door on his opposition. She had better hope that bad does not get worse. 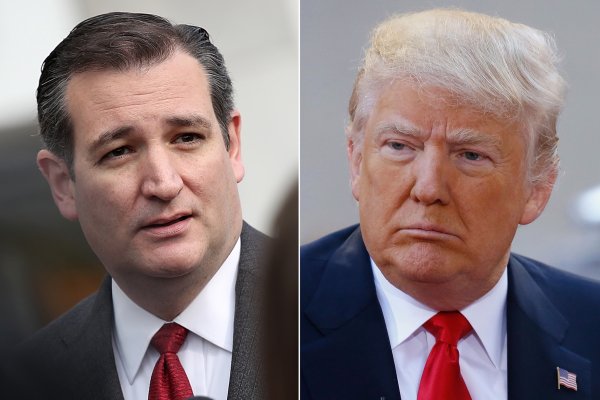 Donald Trump and Ted Cruz Get Personal in Indiana
Next Up: Editor's Pick