There Is Now Vodka Literally Made From San Francisco Fog

Vodka can be made from almost anything and often is. There’s potato-based vodka. Wheat-based vodka. Grape-based vodka. There’s even vodka made from milk and honey. But Bay Area-based Hangar 1 distillery has taken this potable art to a level of elaborate novelty that makes $4 pieces of toast boring by comparison: their team has produced a limited-edition batch of vodka made from actual San Francisco fog.

It’s called Fog Point, and it will cost curious spirit connoisseurs $125 a pop. The idea behind the project, says head distiller Caley Shoemaker, was partly to create something that embodies values the Bay Area worships: sustainability and local production. She also wanted to make something that nods to the drought that has starved the state for several years running.

“We really wanted to come up with some sort of sustainable water, like can we collect rain water?” Shoemaker says, while hosting a component tasting at the distillery on Alameda, an island between Oakland and the San Francisco peninsula. They considered desalinating sea water. Then her team came across a non-profit called FogQuest which has worked to collect water from fog to help sustain remote communities in more sober fashions, like hydrating monks in the mountains of Nepal. And, really, what is more local than a cloudy mass of water droplets that Bay Area natives have anthropomorphized as a guy named Karl?

FogQuest helped them set up fog catchers—sheets of mesh that get water-logged as fog floats through them, sending drops down into a trough—at four spots around the Bay Area, the star of the bunch being San Francisco’s iconic Sutro Tower. Over six months, they collected enough fog water to make 2,400 bottles. But the California sky isn’t the only thing in the mix.

During the process, Shoemaker partnered with Bonny Doon, a religiously biodynamic vineyard in California’s Central Coast. The fog vodka is distilled from grape wine, specifically Bonny Doon’s 2012 Le Cigar Blanc, which winemaker Randall Grahm describes as “an homage to the white wines of Chateauneuf-du-Pape” as well as “subtle,” “funny” and “very good with cream sauces.” He is dedicated to making wines that somehow contain a sense of the land they were made on, what the French would call vin de terroir.

“We say it’s made of California because truly, you’re tasting the Bay,” says Shoemaker of the final product. “You’re tasting the soil and the grapes and all of that comes together really well in this interesting little project we’ve done here.”

So now for the $125 question: what does it taste like? The head distiller calls out “light floral notes, little honeysuckle, citrus, almost like an Asian pear.” It reminded me a little bit of sherry on first sip. Later, in martini form, it most poignantly recalled how glasses filled with well-made 80-proof liquor tend to make you tipsy before you know it.

After the fog water is caught, Hangar 1 runs it through a carbon filtration that removes things like pieces of leaves that tend to end up in the fog troughs. Then they boil it and run it through a carbon filtration again. At this point, perhaps you’re thinking: if there is special taste to fog water to begin with, would any remain after that? “We could reverse-osmosis it and pull everything out of it and we don’t,” Shoemaker says. “I love that the water has a little bit of an earthy note to it. For some reason what always springs to my mind is like, if you’re standing next to a stream on a warm day, the scent of moist rocks.”

Head distiller Caley Shoemaker is pictured a the Hangar 1 distillery on Alameda, named for a building on the old naval air base where it was founded. Credit: Sam Kweskin

You may well feel like you are in the middle of a Portlandia skit at this point. But Shoemaker acknowledges that it’s hard to detect the “nuanced” flavors of water. And more sensitive palates—like the kind successful distillers and winemakers tend to possess— have proved to detect differences in even the most neutral of beverages. Though water tastes like water to most people, one study found that 36% of people could distinguish between bottle water and tap water.

I asked Daniel Fernandez, an environmental policy professor who researches fog collection at Cal State, Monterey Bay, if there’s anything special about San Francisco fog. Because the water collected from places like Sutro Tower will have come from ocean fog, he says, there may be a note from that. “If you’re near the ocean, that means it would have more sodium, chlorine and sulfur in it,” he says. “That would be something that may be true in San Francisco.” He says the dense fog here is a “fine variety” but is, however, doubtful that its flavor will be salient in something like a vodka that contains other things.

So what does Shoemaker say to the cynics who might point to this as another example of Bay Area excess, of hipsterism run amok or foodie-ism jumping the shark? The first is that Hangar 1 is donating 100% of profits from this expensive project back to water conservation. The other is that she hopes the people who respond to the project—the type generally willing to pay a high price point for premium products with a twist—will be the kind who “really dig into” tastes, drinkers who are already into sipping vodkas and appreciating their distinctions.

“If it’s a gimmick to some people, fine,” she says, standing on a ladder next to the still where all her experiments come to fruition. “But the people who are into it are going to be into it, and we only have 2,400 bottles anyway.” 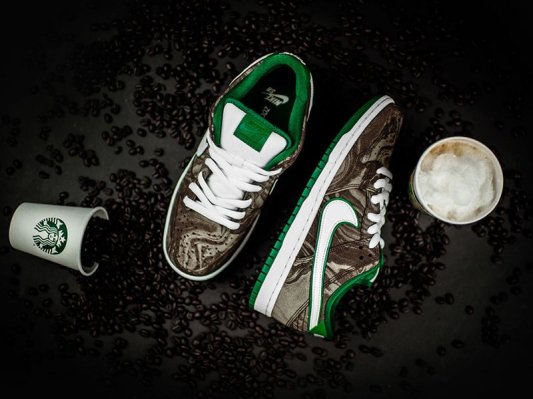 Three Pairs of Food-Inspired Sneakers That Look Good Enough To Eat
Next Up: Editor's Pick