The host of Comedy Central’s satirical news program The Nightly Show got mixed reviews for ending his remarks Saturday night with “Yo Barry, you did it my n—a.” Reverend Al Sharpton said it was “at best poor taste.” Saturday Night Live cast member Sasheer Zamata tweeted “I LOVE it.”

Earnest told reporters that the President “appreciated the sentiment that Mr. Wilmore expressed in his speech” and that “the personal views that Mr. Wilmore was expressing came from a genuine place.”

On The Nightly Show Monday night, the comedian argued “n—a” is a “colloquialism” and “a term of endearment that some black people use between each other” — as opposed to “n—er,” which is a derogatory term for black people. He also called out former CNN anchor Piers Morgan for using the latter term in his Mail Online column: “Piers, you did not properly conjugate that slur.” 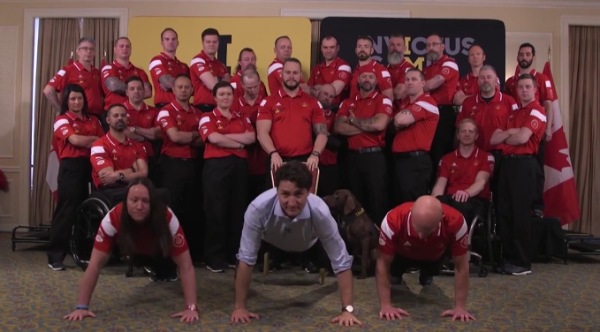 Justin Trudeau One-upped the Obamas and Prince Harry with One-armed Pushups
Next Up: Editor's Pick