May the Fourth Be With You on This Star Wars Day

Every year on May 4, Star Wars fans everywhere celebrate the franchise by wishing each other a galaxy far, far away-themed greeting: “May the fourth be with you.”

A play on the phrase, “May the Force be with you,” the saying has sparked an unofficial holiday known as Star Wars Day that has become an annual occasion for people to celebrate their love for the saga. While every May 4 is a special one, the recent release of The Force Awakens and anticipation for the upcoming Episode VIII and Rogue One: A Star Wars Story promise to make this year’s day particularly exciting.

Read More: May the 4th Be With You: A Brief History of Star Wars Day

Star Wars: Force for Change, the series’ official charity organization, is returning to Disney Parks on Tuesday, meaning fans will be able to purchase Rogue One shirts — the first products released for the new movie — to benefit UNICEF Kid Power. In addition, the makers of Star Wars: Battlefront — a popular video game based on the films — are offering a free four-hour trial of the game starting at 11 a.m. PST, according to PC Gamer.

And, as always, those who are just looking for a laugh can follow #StarWarsDay on Twitter for a live stream of all the May 4th puns and memes that are being tweeted throughout the day. 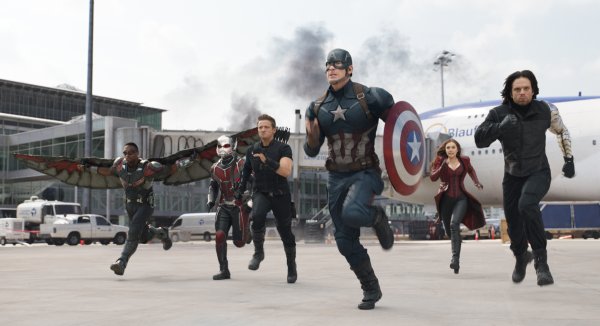 Here’s Why Everyone Is Fighting in Captain America: Civil War
Next Up: Editor's Pick