From left: U.S. Secretary of State John Kerry waves to the waiting media as he walks with French Foreign Minister Laurent Fabius for their meeting at the Quai d'Orsay in Paris, on March 30, 2014.
Jacquelyn Martin—Reuters
By David Stout

Secretary of State John Kerry on Sunday reiterated his call for a diplomatic solution to the crisis in Ukraine and criticized Russia’s troop buildup along the border, as the latest talks with his Russian counterpart failed to yield a breakthrough.

Speaking in Paris following talks with Russian Foreign Minister Sergei Lavrov, Kerry shot down Moscow’s push for regions of Ukraine to be given more autonomy, the Associated Press reports. Lavrov had stated earlier that Ukraine would not be able to function as a unified state and should accept more decentralized governance.

“It’s not up to us to make any decision or any agreement regarding federalization,” Kerry said. “We talked about it. But it’s up to Ukrainians, and Ukrainians will decide their future for themselves, by themselves, with respect to what kind of definitions work for them.”

Kerry also condemned the presence of an estimated 40,000 Russian troops currently gathered along the Ukrainian border.

“The question is not one of right or legality,” Kerry said. “The question is one of strategic appropriateness and whether it’s smart at this moment of time to have troops massed on the border.”

Tensions have been rife between Russia and Western powers since Ukraine’s pro-Kremlin leader was ousted from power earlier this year, triggering the annexation of the Crimea region by Moscow. Lavrov and Kerry again agreed that a diplomatic solution to the crisis is needed, but agreed on little else. 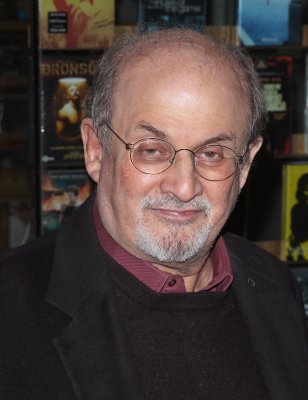 Salman Rushdie and Other Authors Urge Turkey to Lift Twitter Ban
Next Up: Editor's Pick