While many Friends fans were disappointed when Matthew Perry wasn’t able to join his former castmates for their reunion during a recent NBC special honoring TV director James Burrows, this photo may somewhat make up for his absence. Matt LeBlanc — who played Joey Tribbiani on the hit sitcom — shared a picture on Instagram Monday of himself and Perry — a.k.a. his onscreen roommate and best friend, Chandler Bing.

Read More: The Friends Cast Reunited and Hung Out with the Big Bang Theory Stars

The two met up after a London performance of The End of Longing, a play that Perry both wrote and is starring in. “Went to see The End [of] Longing last night and ran into this dude,” LeBlanc wrote. “He and the cast were great. Way to go bro.” 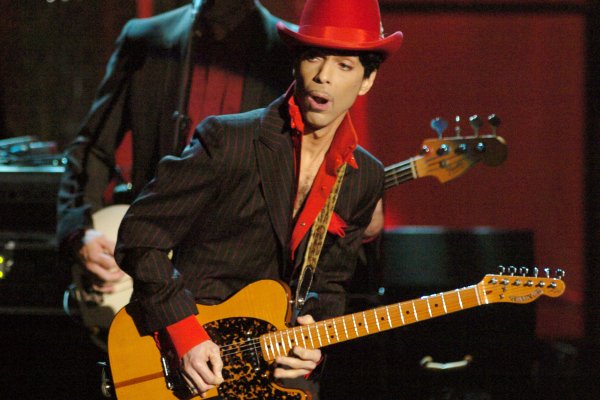 Breaking Down Prince's Epic Guitar Solo at the Rock and Roll Hall of Fame
Next Up: Editor's Pick