Bill Richardson, former Governor of New Mexico, in an interview on Jan.13, 2015.
CNBC—NBCU Photo Bank via Getty Images
Ideas
By Gov. Bill Richardson
Bill Richardson is a former Congressman, Governor, U.S. Ambassador to the United Nations, and Secretary of Energy.

President Barack Obama’s recent meeting with Saudi King Salman, coming during tense times between the U.S. and Saudi Arabia, reminded me what a difference two decades can make.

As Secretary of Energy during President Bill Clinton’s second term, I was a frequent flier to Saudi Arabia, urging the world’s leading oil producer to stabilize prices. The Kingdom was reasonable, reflecting a partnership that was widely accepted in both countries and extended from energy security to regional security.

Back then, like most Americans, I thought Saudi Arabia was synonymous with oil. When I later served as Governor of New Mexico and championed renewable energy, I said I wanted our state to become “the Saudi Arabia of solar power.”

Now, after the agreement with Iran, the Saudi-American partnership is more problematic. But Americans should be aware that the Kingdom is initiating far-reaching reforms that could make it “the Saudi Arabia of solar power” —and an even more valuable American ally.

Coming from New Mexico—the second-sunniest state in the nation, with deserts conducive to solar panels, and growing concerns about climate change, dwindling water resources and pinched public finances—I understand why Saudi Arabia is moving towards a solar future as part of a program of economic reforms.

As a leading economist Herbert Stein once said: “If something cannot go on forever, it will stop.” Because they know they need to change from their unsustainable oil-dependent, government-led economic model to a more diversified and market-based future, Saudi leaders are making changes that would once have been unthinkable, such as privatizing parts of its iconic oil company, Aramco; reducing energy subsidies for affluent Saudis; selling state assets in other sectors of the economy, from telecommunications to air travel and power stations; encouraging new and expanding industries, from petrochemicals to tourism; and promoting domestic entrepreneurship and foreign investment, along with greater participation in the workforce by Saudi women.

In a bold break from the past, this sun-drenched as well as oil-rich nation is making a big bet on a solar future. This means turning away from wasteful policies and practices, such as producing almost half its electrical power by burning oil and subsidizing energy prices so heavily that Saudis have been buying gasoline for 50 cents a gallon and electricity for about a penny per kilowatt-hour.

These policies and cheap energy prices had costly consequences: buildings constructed without insulation, highways clogged with gas-guzzling cars and SUVs, and families running their air conditioners even when they’re on vacation. With air conditioning consuming some 70% of its electricity in 2013, and the Kingdom burning a quarter of the petroleum it produces, costly subsidies and excessive consumption threaten the future of Saudi Arabia’s oil exporting sector as well as the solvency of its government.

These are some of the reasons why Saudi Arabia has set the ambitious goal of developing 41 gigawatts of solar capacity by 2032 (that’s 20 times what’s produced by Hoover Dam)—a move that would make it one of the five leading solar producers on the planet. Among other projects, the Kingdom is building its first solar panel factory and another factory producing polysilicon, a material used for manufacturing solar cells, as well as installing rooftop solar facilities in Riyadh.

For me—and, I hope, for American policymakers and investors—Saudi Arabia’s shift toward solar energy is an indication of its seriousness about undertaking other transformational changes and its continuing importance as a strategic and economic partner.

Saudi Arabia’s willingness to move beyond oil is a clear sign that the Kingdom has the courage and commitment to embrace new economic and geopolitical realities.

After all, some 70% of its population is under 30. Millions of Saudis use Facebook, Twitter, YouTube and other social media. Saudi women make up 20% of the Saudi Assembly, own more than 70,000 businesses in Riyadh alone, and are serving in local governments and managing political campaigns.

I will be forever grateful to the venerable Saudi statesmen including the Minister of Petroleum and Mineral Resources, Ali bin Ibrahim Al Naimi, with whom I worked almost two decades ago. But now, a new generation of Americans should reach out to the new generation of Saudis to renew the partnership that has done so much to promote security and stability in our dangerous world. 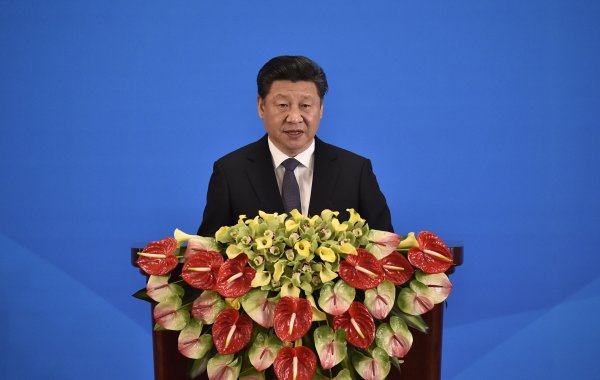 Here's Why China is Dictating Oil Supply
Next Up: Editor's Pick