Are Paul McCartney, Bob Dylan, Rolling Stones, Roger Waters and The Who Planning a Festival?

Paul McCartney performs on stage during the 'One on One' tour in Seattle, Washington, April 17, 2016.
Mat Hayward—Getty Images
By Melissa Locker

Paul McCartney, Bob Dylan, the Rolling Stones, Pink Floyd’s Roger Waters, and The Who have all posted mysterious videos to their Facebook pages, hinting that something big is coming in October.

The rumor, which is given some credence in the wake of the synchronized videos, is that they will all be co-headlining a music festival aimed at the baby boomers (and the kids and grandkids that they can drag along with them). The Los Angeles Times first reported on the possible festival back in April, based on news that production company Goldenvoice was negotiating with the boomer bands in the hopes of pulling off the feat.

As Goldenvoice is the group behind Coachella, and the festival will be held at the Empire Polo Field in Indio, Calif., the speculated festival has earned the title of “Oldchella.” Along with McCartney, the Stones, Dylan, Waters, and The Who, Neil Young is rumored to be playing the festival, too, but he has yet to post a cryptic video to his Facebook page.

The stars will reportedly have their full stage setups, and they’ll all play full sets during the show, which may run from Oct. 7-9. The festival would mark the first time that these long-time rockstars have all played together, and wthe first time that Dylan and McCartney have ever played on the same bill.

While there are no details, it’s clear that something is brewing—and that your parents’ Christmas present may come in October. 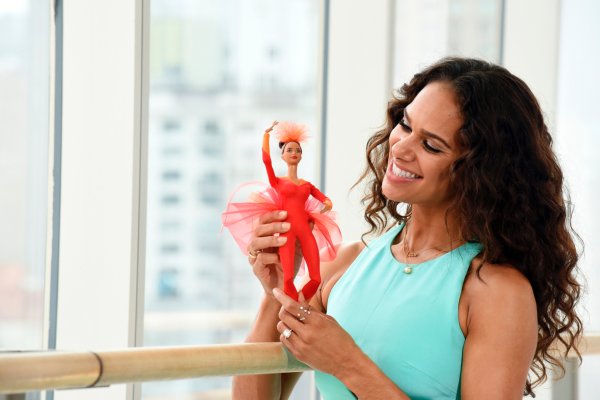 Misty Copeland Now Has Her Own Barbie
Next Up: Editor's Pick