Twitter Reacts to That Jon Snow Moment on Game of Thrones

After months of speculation and debate, Game of Thrones fans finally have some resolution to the mystery of Jon Snow’s fate. It looks like the Lord Commander of the Night’s Watch has returned to the land of the living.

In the final moments of Sunday’s episode, titled “Home,” Melisandre led an incantation to raise Snow from the dead. Although she leaves before witnessing Snow’s return, fans were there to see him open his eyes and gasp for air. They had plenty to say about one of television’s most anticipated twists: 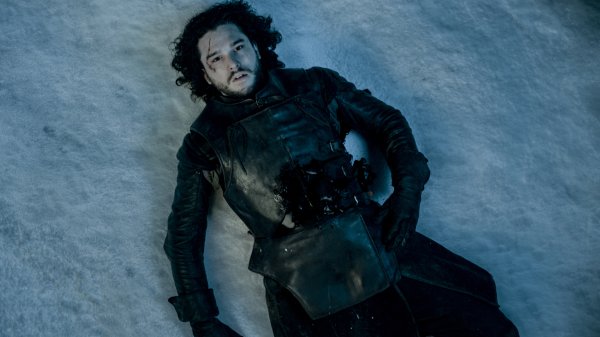 Review: Jon Snow's Fate Is Finally Revealed on Game of Thrones
Next Up: Editor's Pick