The Original Ghostbusters Is Coming Back to Theaters

Harold Ramis, Dan Aykroyd, and Bill Murray in a scene from the film 'Ghostbusters', 1984.
Columbia Pictures/Getty Images
By Entertainment Weekly

All this anticipation for the new Ghostbusters movie got you hankering for a dose of the original? Well have no fear, Sony Pictures has got you covered. On June 8, the anniversary of the original 1984 release, Fathom Events (the event company shared by AMC, Regal, and Cinemark Theaters) will re-release the orignal film in more than 750 theaters across the country. (An encore date of June 12 has also been scheduled.)

Peter Vankman, Egon, and even Slimer will be hitting theaters for these brief two days before the classic film returns to the vault.

In addition, BBQ Films will be hosting three nights of immersive screenings of Ghostbusters in a giant warehouse in Williamsburg, Brooklyn (natch) beginning June 8. The event company plans to transform the venue into a Ghostbusters HQ where fans can strap on a proton pack, hang with some ghosts, and of course screen the original film.

Tickets for both events can be found here: FathomEvents.com and BBQ Films. 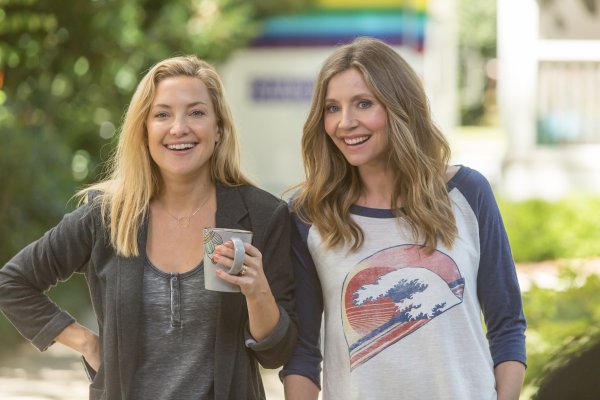 Review: You Wouldn't Wish Mother's Day on Your Worst Enemy
Next Up: Editor's Pick