33 Circus Lions Will Be Airlifted to African Sanctuary

A former circus lion rest inside a cage in the outskirts of Lima, Peru, April 26, 2016.
Martin Mejia—AP
By Tessa Berenson

33 South American circus lions will be airlifted to a sanctuary in South Africa Friday.

The airlift is being arranged by Animal Defenders International, an animal rights group, which rescued the animals and is raising money to pay for the flight. The cats will journey from Lima, Peru to the Emoya Big Cat Sanctuary in Limpopo, South Africa.

24 of the lions were rescued in surprise raids from “deplorable” conditions in Peruvian circuses, according to the animal rights group, and nine were given up by a circus in Colombia.

“Almost all of the rescued lions have been mutilated to remove their claws, one has lost an eye, another is almost blind, and many have smashed and broken teeth so would not survive in the wild,” said a statement by the group.

“These lions have endured hell on earth and now they are heading home to paradise,” Jan Creamer, president of Animal Defenders International, said in the statement. 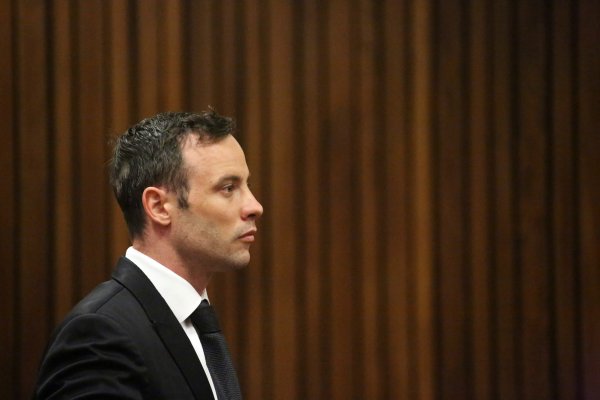 Pistorius To Be Sentenced In June For Murder
Next Up: Editor's Pick