Former Auschwitz Guard Apologizes at Trial: 'I Am Ashamed'

A 94-year-old man who served as a guard at Auschwitz death camp apologized in court Friday, saying he knew that people were being killed but he did nothing to stop it.

Reinhold Hanning, who was a guard at the Nazi death camp from 1942 to 1944, is charged with 170,000 counts of accessory to murder under a new legal strategy that allows Germany to hold anyone who worked at a concentration camp accountable for the deaths of the people who were killed there during the Holocaust.

“I want to say that it disturbs me deeply that I was part of such a criminal organization,” Hanning said at his trial, according to the Associated Press. “I am ashamed that I saw injustice and never did anything about it and I apologize for my actions. I am very, very sorry.” He said he was so ashamed that he never talked about his experience during the war, even to his family. Auschwitz survivors who lost family members at the death camp were present in court when he made the admission.

Hanning’s attorney also read from a prepared statement. “People were shot, gassed and burned. I could see how corpses were taken back and forth or moved out,” the statement said. “I could smell the burning bodies; I knew corpses were being burned.”

“I’ve tried my whole life to forget about this time,” he said. “Auschwitz was a nightmare.” 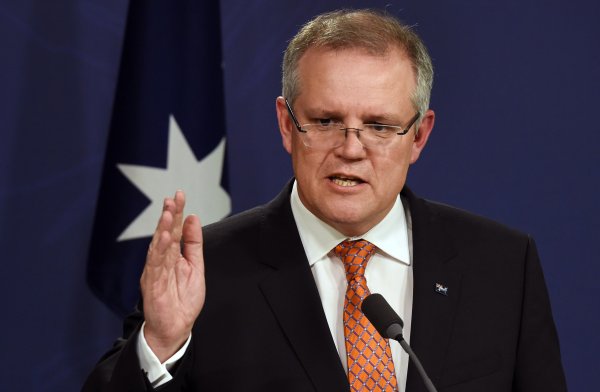 Australia Objects to Selling 1% of Its Land to Chinese Company
Next Up: Editor's Pick