Miley Cyrus is Not Entirely Wrong About Her Tat

For Miley, it happened on April 28, when she Instagrammed a picture of a new tattoo on her left arm—a tattoo which was clearly a picture of Saturn—and captioned it #lilbbjupiter, for “li’l baby Jupiter.” (She later corrected the post, deleting the Jupiter reference.) And then everyone on Instagram did what everyone on Instagram always does, which was to engage her in polite conversation and gently correct her mistake. Oh, and practically set the tips of their thumbs on fire typing back snark.

For Galileo, it happened one evening in 1611, when he climbed to the top of his favorite tower in Padua and turned his little two-foot telescope toward Saturn and noticed for the first time that the planet had…he didn’t know what. Ears, maybe. “Ears” was actually the word he wrote in his notebook, which makes it a very good thing they didn’t have Google Docs then because all of the other people in Padua could have hacked his password, seen what he wrote and made fun of him. It wasn’t until 1654 that Dutch astronomer Christiaan Huygens, who had a better telescope, discovered that the ears were rings. Galileo, as it happened, was dead by then, so he went to his grave thinking that Saturn looked slightly like Prince Charles.

But the point is, planets can be confusing and what you think is true about them isn’t always true. So you can make fun of Miley all you want for calling a ringed planet Jupiter, but guess what: Jupiter does have rings. And so does Uranus and so does Neptune.

Neptune’s five rings were discovered in 1968 when Earth-based telescopes first noticed that starlight near the planet seemed to flicker on and off as if something was getting in the way of the light now and then. In 1989, Voyager 2 flew by Neptune and discovered that that something was a set of fine rings—so fine in fact that they were more like arcs. Uranus’ rings were discovered the same way—first by so-called “stellar eclipsing” in 1977 and then by Voyager 2.

For Jupiter, it was both Voyagers 1 and 2, which flew by the planet in 1979 and discovered four rings. None are as vivid as Saturn’s, but all are big enough and distinct enough to have been later observed by the Hubble Space Telescope and to have earned some evocative names: the halo ring, the main ring, the Amalthea gossamer ring and the Thebe gossamer ring.

Call them anything you want, but the rings are there, astronomers know they’re there—and they’ve known since 13 years before Miley Cyrus was even born. It’s entirely possible Miley wasn’t thinking about the Amalthea gossamer ring and the history of the Voyager probes when she posted her picture. And the rest of the text that accompanied it—”permaaaa skinnnnn arrrrrttttt by daaaa mosssst bad a$$”—might need some vetting before she submits it for peer review.

But sorry snarkers and haters, this time Miley may know something you don’t. So, nice tat Miley, and if you’re considering another one, I vote for l’il baby Pluto. That guy’s just adorable. 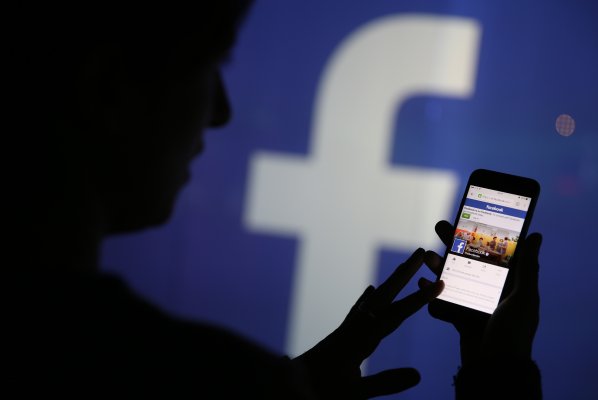 Facebook Plans Its Own Camera App
Next Up: Editor's Pick