In a recent interview with Extra at the premiere for the documentary A Beautiful Planet – which Lawrence narrates – host AJ Calloway starts to talk about the A-list star’s dating life, to which Lawrence laughs and says, “What dating life?”

“No. None,” admits Lawrence, 25, before Calloway asks if she’s kidding.

“No, I’m not. It’s really sad. I haven’t felt the touch of a man in …” the actress says before the two burst into laughter.

The clip then cuts to Calloway telling Lawrence “that can be like the next project.”

“Finding me a boyfriend?” she asks Calloway. “There you go!” he says. Adds Lawrence: “Oh dear God.”

Last August, multiple sources told PEOPLE that Lawrence and Chris Martin had broken up again. The on-and-off couple was first linked in 2014. 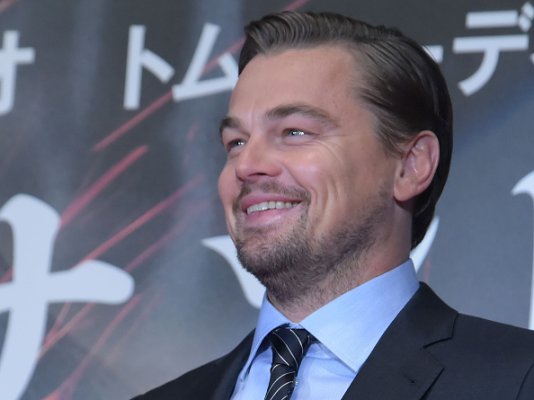 Leonardo DiCaprio Admiring His Own Selfie Is the Best Thing You'll See All Day
Next Up: Editor's Pick