With thrusting spears and thumping feet, the Philippines’ Higaunon tribe perform a frenzied war dance to celebrate this year’s Kaamulan festival, high in the emerald peaks of insurgency-wracked Mindanao Island. Eleven teams competed in this riot of pageantry; hundreds of performers clad in crimson-stripped native dress twirled shields and flourished flags, gamboling in consort under a cacophony of shrill percussion.

Yet the several thousand spectators who braved the blistering April 1 sun were really gathered to glimpse a modern-day warrior: Rodrigo Duterte, the crime-busting mayor of Davao City, who received a rapturous reception when he dropped by to campaign for the nation’s presidential elections on May 9.

“In Mindanao people love me,” Duterte told TIME after his speech, which was the profanity-laced medley of jokes and taunts that has become his populist trademark.

Read More: The Next President of the Philippines Could Be ‘the Punisher’

Duterte is not your typical politician. The crowds in Malaybalay town that day were not bemused yokels, politely clapping the least worst choice on the ballot paper. The throng that roared Duterte’s name sees him as a messiah — a demagogic visage he has cultivated through his hands-on approach fighting crime over three decades as mayor and prosecutor.

“Duterte will kill all the criminals and drive out all the corrupt politicians,” said student Elmer Luiz, 22. “If he doesn’t win the election it will mean they have stolen it from us. That’s the only way he can’t win.”

Such adoration is rooted in Duterte’s record fighting crime. Once lawless Davao now has a reputation as the Philippines’ safest city, and there is a yearning for this transformation to be replicated across the 98-million-strong archipelago nation. “I am a prosecutor that’s why I’m quite strict about crime,” Duterte says. “I have seen so many cases fall … it makes me mad.”

However, human-rights groups insist that “death squads” controlled by Duterte are responsible for an estimated 700 extrajudicial executions. Upon hearing this, Duterte was aghast: “700?” he queried on live TV. “They miscalculated. 1,700.”

This mordant wit is central to the allure of Duterte, who appears incapable of giving a speech or interview without injecting one caustic soundbite, threat or taunt to fill headlines the next day. Speaking to an influential Manila business forum, Duterte joked about his philandering and love of Viagra. Challenged about the legality of his “death squads,” he goaded opponents that he would just sign his own presidential pardon for mass murder. Asked what he thought of U.S. Republican presidential nomination front-runner Donald Trump, Duterte gave typically short shrift: “He’s a bigot.”

Duterte has had to shrug off similar allegations in recent weeks. During a campaign speech on April 16, he joked that he “should have been first” in the 1989 gang rape of Australian missionary Jacqueline Hamill during a prison riot in Davao City. She was subsequently murdered.

The remarks drew widespread condemnation, which in turn drew scornful ripostes from Duterte, who told a women’s-rights group to “go to hell” and the Australian ambassador to “stay out.” Even his eldest daughter, who in defending her father’s remarks said that she had also been a victim of rape, was dismissed as a “drama queen” by the presidential aspirant.

Yet polls don’t lie. A Pulse Asia survey released Tuesday showed Duterte at 35% of the vote in the five-way race to the Malacañang Palace, well ahead of his closet rival, Senator Grace Poe, who has 23%. The last six years under President Benigno Aquino III may have seen growth hover at 6.5%, national debt fall drastically and glut of foreign investment, but for many Filipinos this boom lacks inclusiveness, and they hanker for a leader who can reestablish the nation’s international prestige. “The big risk for the Philippines is that it does have a poor track record for electing decent leaders,” says Gareth Leather, senior Asian analyst for Capital Economics.

Duterte’s campaign is shakiest on fiscal matters. His bawdy remarks at the Makati business forum did not woo the suited brigade looking for a sober stratagem for long-term growth. Asked by TIME how he would help provide jobs for the million or so young Filipinos entering the workforce each year, Duterte’s unsophisticated answer was “money” and “investment.”

Yet Duterte has twisted this unfamiliarity with big business to his advantage, playing up the image of the plain-spoken common man who isn’t beholden to the entrenched dynasties that historically, and still, hold significant sway over the Philippines. However, Duterte is a scion in his own right — his father was Vicente G. Duterte, who served as governor of the united Davao. A black-and-white photo of his father occupies pride of place in his living room, and he is proud of being born in the Visayas island chain, as opposed to the typical power brokers further north.

Washington will hope that Duterte would at least follow Aquino’s bullish approach regarding Chinese territorial expansions in the South China Sea, where both Manila and Beijing claim the resource-rich Spratly Islands. Satellite imagery in early 2014 showed Chinese construction of a landing strip on reclaimed reefs — building work that has now grown into full-scale military bases with air-traffic-control towers, dredged seaport and defensive bunkers. Some experts contend these “unsinkable aircraft carriers” even have surface-to-air missile capability.

Read More: The Philippine Election Front-Runner Says He Would Kill His Own Children if They Took Drugs

But Duterte has actually made conciliatory overtures toward China, proposing a joint exploration of oil and gas under the reefs, and instead pointing the finger at the U.S for not challenging the Asian superpower earlier. “Why the hell did the U.S. not send its Seventh Fleet to confront China from the outset when they knew they were building a structure in international waters?” Duterte asked, emphasizing the benefits of dialogue over brinkmanship. “If you militarize the waterway then freight insurance goes up, making goods leaving the Philippines more expensive.”

It is a conciliatory approach that chafes with his domestic reputation. After Duterte banned smoking in public places in Davao City, he once even made a tourist eat a cigarette that he refused to put out. A former smoker himself, his aversion to the habit comes from his personal battle. Asked by TIME about his health, he holds up a wizened finger. “Buerger’s disease — and I have a bad case of Barrett’s [esophagus],” he says, referring respectively to a disease that blocks the blood vessels in the hands and feet, and a condition where the esophagus changes to tissue that resembles the lining of the intestine.

Despite his health problems, Duterte has just celebrated his 71st birthday, though some worry whether the travel, late nights and stress of a full six-year presidential term might prove deleterious. Especially, as Duterte insists, he intends to remain as President in his current humble, three-bedroom home in suburban Davao, commuting to the capital each morning on a private jet. “I can have breakfast on the plane,” he says.

That said, Duterte has repeatedly vowed to resign if he fails to “eradicate” crimes, drugs and corruption within six months, and hand the reins to vice-presidential front-runner Bongbong Marcos — son of former Philippine dictator Ferdinand Marcos.

But should people be worried about having another Marcos in power? “Bongbong would do a good job,” Duterte, Jollibee hot dog in hand, bellows above the roar of helicopter rotor blades, before quipping, “They should be worried about me!” 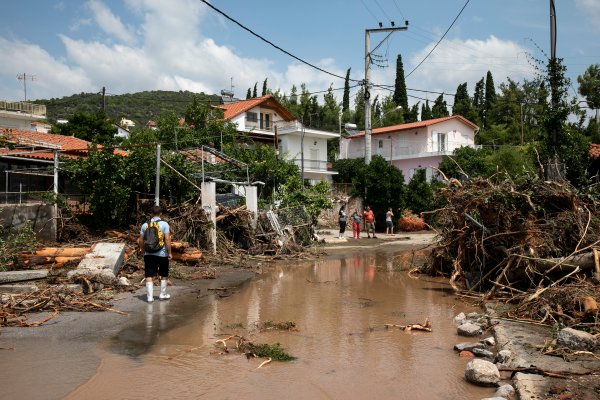