The Gene That Makes You Look Older Than You Are

Signs of aging set in earlier in some people compared to others, especially in the face. Until now, experts have attributed most of these to lifestyle or environmental exposures, like time spent in the sun, smoking or too much stress.

But in a study reported in the journal Current Biology, scientists now say that a person’s youthful or aged appearance can partly be traced to different versions of a specific gene. Called MC1R, it’s responsible for inflammation and repairing damaged DNA. Scientists led by Manfred Kayser, a professor of forensic molecular biology at Erasmus University in the Netherlands, and David Gunn, a senior scientist from the company Unilever, studied the genomes of 2,600 older Dutch people and compared their DNA makeup to assessments of people’s perceived age from their facial photographs. In the entire genome, they found one gene that stood out for having different forms in people who looked older than they actually were and in people who looked younger than their age. People who had certain forms of the MC1R gene looked about two years older for their age, compared to people with other variants of the gene.

This effect remained strong even after the researchers accounted for other possible aging-related factors, such as a person’s skin pigment (fair versus more olive toned) and the extent of their facial wrinkles.

Read More: These Are the Genes Behind Healthy Aging

That suggests that how old we look is in part regulated by genes. And this perceived age isn’t just a matter of aesthetics. More research suggests that outward signs of aging may be linked to faster, premature aging, and that may put these people at higher risk of certain diseases associated with living longer, including heart problems, cognitive decline and cancer.

But it’s not clear year exactly how aging-appearance genes work to age us. While the gene identified in the study, MC1R, is critical for melanin or skin pigment, it’s likely contributing to aging in a different way. That’s because the effect remained the same for both darker and lighter skinned people, and for people who spent a lot of time in sun and those who didn’t. Since MC1R is also involved in DNA damage and repair processes and inflammation, Kayser and Gunn believe that some versions of the gene may impede DNA repair, contributing to quicker aging of cells.

Read More: The Cure for Aging

It’s unlikely that MC1R is the only gene that contributes to how old we look. Kayser says that the genome-wide scan he and his team did involved only several thousands of people, all of European descent. By scanning more people, more variants in different genes will emerge that play a role in aging and the appearance of aging. “This is just the first gene,” he says. “We hope that once this work continues, and we find more genes, they will lead us more directly toward pathways that help us understand how old we look on the outside and how that differs from how old we are on the inside.” 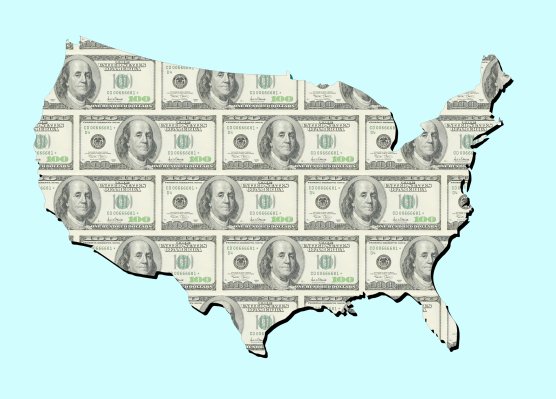 Your Longevity Gap Is Biggest If You Live Here
Next Up: Editor's Pick