Billionaire investor and previously prominent Apple shareholder Carl Icahn said on Thursday that he no longer holds stock in the iPhone maker, blaming China’s antagonistic position toward the company for his exit from the stock.

“We no longer have a position in Apple,” Icahn told CNBC, cautioning that he still sees the tech giant as a “great company” and that CEO Tim Cook is “doing a great job.” The activist investor, who previously held a little less than 1% of Apple outstanding shares, told the network that China’s rocky relationship with Apple was the reason for his move.

“You worry a little bit—and maybe more than a little—about China’s attitude,” Icahn said. “[The Chinese government could] come in and make it very difficult for Apple to sell there. … You can do pretty much what you want there.” Earlier this month, China shut down Apple’s iTunes movies and iBooks stores within the country. Apple has historically used its iTunes store as a feature to make purchasing Apple hardware products more attractive.

The news comes after Apple on Tuesday reported its first revenue decline in 13 years, partially due to lower growth in China, sending its stock falling. Apple shares are currently down about 7% from their Tuesday price. Icahn told CNBC he made about $2 billion from his Apple investments 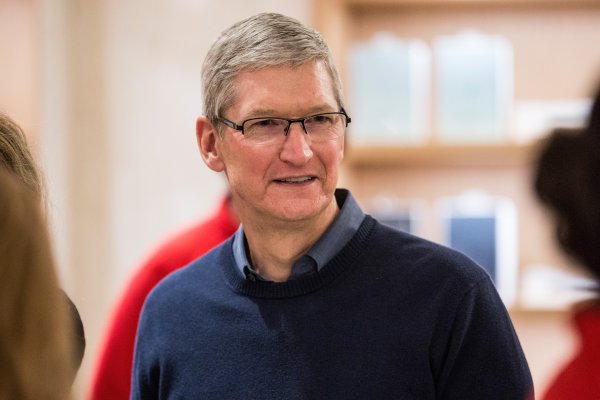 Here's How Much it Would Cost to Have Lunch With Apple CEO Tim Cook
Next Up: Editor's Pick