The 4 Advantages a Vice President Pick Could Offer a Candidate

Ideas
By Christopher J. Devine and Kyle Kopko
Devine and Kopko are the authors of The VP Advantage

Will Ted Cruz’s choice of Carly Fiorina as his running mate matter? It depends on what Cruz is expecting Fiorina to deliver.

If Cruz’s strategy mirrors that of most presidential campaigns, it’s likely that he suspects that a running mate would deliver one or more of the following: 1) a home-state advantage; 2) a key demographic group; 3) party unity; 4) reinforcement of the campaign’s message. Considering each of these potential advantages in turn, how likely is it that Fiorina will help Cruz’s chances?

1. Delivering the home state. In our new book, The VP Advantage: How Running Mates Influence Home State Voting in Presidential Elections, we use election returns since 1884 and survey data since 1952 to determine whether, and to what extent, running mates add votes in their home state. Short answer: They don’t. Using three distinct empirical methods, we find that the average vice presidential home-state advantage is effectively zero, when accounting for statistical significance. (Presidential candidates, on the other hand, generally earn a significant home-state advantage.) However, there is an exception: running mates typically deliver a significant advantage when they come from a relatively less populous state and have a great deal of experience as an elected official within that state. In other words, the vice presidential candidate must be an “institution” of state politics to command the loyalty of neighbors who would otherwise vote for the opposing ticket.

Fiorina, who has no elected experience and comes from the largest state in the union (which also voted for Barack Obama by 23 percentage points in 2012), clearly should not be expected to deliver California. At least not in the general election. Will she help in the June 7 Republican presidential primary? If this is Cruz’s objective in selecting Fiorina, it is a narrow one, indeed. It is also unprecedented to choose a running mate ahead of her state’s presidential primary, so we can only speculate as to the effectiveness of this strategy. But we’re skeptical.

2. Deliver key demographics. Cruz might have selected Fiorina in the hope of winning women voters in the general election. If so, our research suggests he’s misguided. In a recent analysis of survey data from the American National Election Studies, we found that women more positively evaluated the two previous female vice presidential candidates, Geraldine Ferraro in 1984 and Sarah Palin in 2008, but were no more likely to vote for their party’s tickets than in other election years.

The same pattern holds true for Catholic candidates (Sargent Shriver, 1972; Ferraro, 1984; Joe Biden, 2008; Paul Ryan, 2012), who also proved more popular among Catholics but did not win more votes from them. Presidential candidates are a different story; Catholics, indeed, were more likely than normal to vote for John Kennedy in 1960, and African Americans were more likely than normal to vote for Barack Obama in 2008. Why the discrepant patterns? Quite simply, voters make their decision based on the characteristics of the presidential candidate, not the running mate. Given these findings, would Fiorina deliver women voters for Cruz in 2016? Probably not. (Hillary Clinton, on the other hand, probably would perform better among women voters, as a presidential candidate.)

3. Unite the party. Party unity also seems an unlikely motive for Fiorina’s selection, given that she is not closely identified with the party establishment that detests Cruz. Nor is she on good terms with frontrunner Donald Trump.

4. Reinforce a campaign message. Fiorina’s most effective contribution may be to reinforce Cruz’s campaign message, as a fellow conservative and political outsider animated by hostility toward the “Washington Cartel” and Hillary Clinton. At a minimum, this avoids alienating supporters of a Cruz campaign built on the projection of purity.

From a strategic standpoint, this is hardly an overwhelming advantage. But it is a more credible one, given what we’ve said about voters making their decision based on presidential characteristics. If the symmetry of Fiorina’s selection helps voters to see Ted Cruz as he wants to be seen, then evaluations of Cruz might improve and votes might follow. It’s a contingent process with marginal benefits, but it might be Ted Cruz’s best hope to make a difference with this pick.

Alas, Carly Fiorina likely won’t prove to be a game-changer for Cruz’s campaign—but such is the case with most things vice presidential. 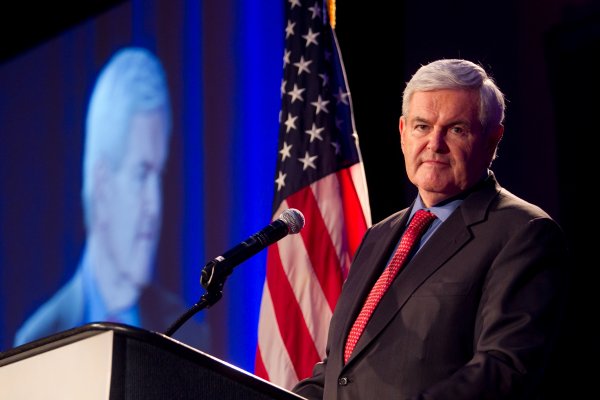 Newt Gingrich Is the Secret Master of Facebook Live
Next Up: Editor's Pick