By Tessa Berenson and David Johnson

With the Democratic and Republican races mostly settled, many voters are wondering who Donald Trump and Hillary Clinton will pick for vice president.

It’s not an exact science, though some rules apply. Presidential candidates often look for a running mate who will “balance” the ticket in some way, whether that’s Dick Cheney bringing foreign policy experience to George W. Bush or Sarah Palin bringing outsider flair to John McCain.

But tickets can be balanced in a lot of different ways: by geography, experience or even race and gender.

We’ve put together a list of some plausible contenders for Clinton and Trump’s shortlists. Answer a few questions about what kind of candidate you think they should pick to see who makes the cut.

In some past races, regional diversity was important. In 1960, Massachusetts Sen. John F. Kennedy picked Texas Sen. Lyndon Johnson for that reason. (There’s been some dispute over whether vice presidential candidates really do increase votes from their state, but a new study by American Politics Research shows they could bring in about 3 percentage points from their home state.)

Older candidates often look for a fresh face to bridge the generational gap. George H. W. Bush, then 64, did just that with his pick of 41-year-old Dan Quayle in 1988. But younger candidates will also sometimes look to an elder statesman to lend them some gravitas. Illinois Sen. Barack Obama, who had only been in office for three years, did that in 2008 with Delaware Sen. Joe Biden, who was a senator from Delaware for 36 years and held leadership positions on the Senate Judiciary Committee and the Senate Foreign Relations Committee.

“The process by which a vice presidential selection is made is highly personal to the presidential candidate—and it is fair to say that it can be idiosyncratic,” says a new report put out by the Bipartisan Policy Center advising 2016 candidates on how best to select their VPs. 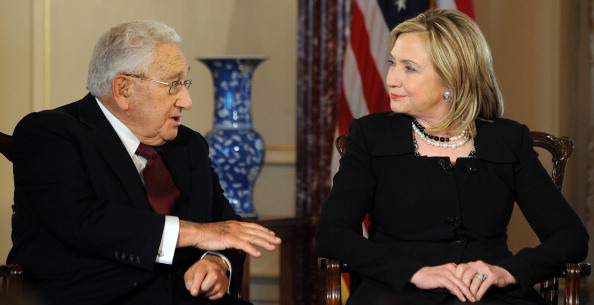 How Henry Kissinger May Help Clinton in Email Lawsuit
Next Up: Editor's Pick