This Florida Town Wants to Be the Most Sustainable in America

A solar farm under construction in Punta Gorda, Florida, on April 22, 2016 where enough energy will be produced to power 21,000 homes as part of the Babcock Ranch development.
Kerry Sheridan—AFP/Getty Images
By Justin Worland

Babcock Ranch may look like the many of the other burgeoning housing developments in southwest Florida. Thousands of acres of land in the development will soon be transformed into homes and offices for a population that developers estimate could reach 50,000.

Read More: Bill Nye Made a $20,000 Bet With a Climate Change Denier

But unlike other developments that grow with little concern for their surroundings, Babcock Ranch’s developers say that it will soon be the most sustainable town in the country complete with its own solar power plant, clean driverless vehicles and technology to maximize energy efficiency.

“Babcock Ranch will exemplify what it means to be a town of the future,” says Syd Kitson, CEO of developer Kitson & Partners, in a press release. “The first residents will be settling into a whole new way of life—one that is conscientious, engaging and connected.”

Kitson’s company first purchased Babcock Ranch in 2006 for a hefty price tag of more than $500 million from a family that had owned the property for nearly a century. As part of the terms of the agreement, the company sold a large portion of the property—74,000 acres or 90% of the total sale—to the state to become a nature preserve. The Florida Panther and black bear are both found in the area and are protected in the habitat.

Now, 10 years and one global recession after the ranch’s purchase, developers have broken ground on the first stage of the residential development—1,100 residences to be completed by next year. That’s just a fraction of the 19,000 homes developers plan to build in the coming years.

Powering it all will be a 74.5-megawatt solar power plant located in Babcock Ranch. In total, it takes up 443 acres and will be completed by the end of the year. 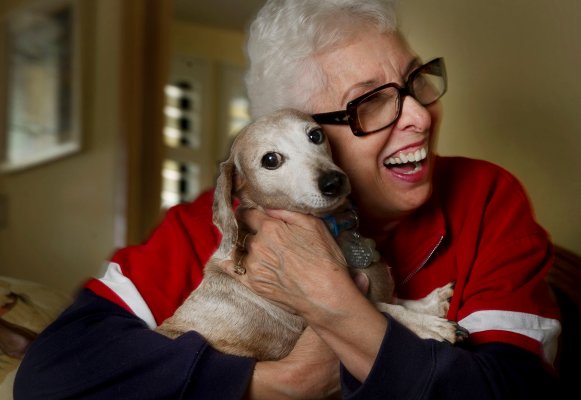 Why You Might Think Twice About Hugging Your Dog
Next Up: Editor's Pick