Claude Shannon: The Juggling Unicyclist Who Pedaled Us Into the Digital Age

Dr. Claude E Shannon with an electronic mouse which has a 'super' memory and can learn its way round a maze without a mistake after only one 'training' run, on May 10, 1952
Keystone / Getty Images
By Ray Cavanaugh

Not long after his birth on April 30, 1916, it became clear that Claude Shannon was good with gadgets. As a youth, he fixed radios for nearby stores and converted barbed-wire fences into a telegraph line, through which he communicated with a friend.

After graduating from the University of Michigan in 1936, Shannon took a job as a research assistant at MIT, where he turned that talent toward research that would change the course of history. It was at MIT that he worked on a machine called the “differential analyzer” — then the world’s leading computer but by modern standards a clumsy monolith of gears and motors that took a whole week to solve a single equation. There had to be a better way, and Shannon found it.

Shannon also pioneered the field of information theory, which addresses the issue of how to quantify information, as in “bits” and “bytes.” To express information in a “bit,” one uses a binary digit, either a “1” or a “0.” These binary digits can describe everything from words to pictures to songs to videos to the most sophisticated gaming software.

With the most elegant simplicity, Shannon had shown that all these types of media could be expressed in the same way. This was a truly radical concept that forever altered electronic communication.

But, while Shannon might have become one of the most famous names in computer science, his name never became common knowledge—and he became known for something different.

Shannon, who had been famous for juggling while riding a unicycle around the halls of Bell Labs, left Bell in 1958 to join the faculty at MIT. He never taught much, and after a few semesters, told the university he didn’t wish to teach at all. (Proof that he was a big deal: MIT didn’t object.) No longer needing to worry about lectures or students, Shannon got down to the business of enjoying himself in the basement of his suburban Boston home. Here, in his specialized “toy room,” he designed a wide array of contraptions, many of them with dubious real-world viability — flame-throwing trumpets, rocket-powered Frisbees, and plastic foam shoes that he used to navigate a nearby lake, where, to an observer, it would appear as if he were walking on water.

He also designed more practical devices, such as a wearable computer, which he used for gambling purposes, making profitable trips to Las Vegas along with Edward O. Thorp, the card-counting mathematician and author of Beat the Dealer.

Over the years, he became more reclusive and began to publish articles less frequently. From 1974 onward, he contributed just one article; it was about juggling. He worked on another article, about the Rubik’s cube, that went unpublished, according to Fortune’s Formula by William Poundstone.

MORE: What the Digital Age Owes to the Inventor of Morse Code

To colleagues, it appeared that Shannon had abandoned a brilliant scientific career so he could hang out in his toy room. Rumors of mental illness began to circulate, though they remained mere conjecture. “Some wondered whether he was depressed,” according to Paul Samuelson, an MIT professor and Nobel Prize-winning economist, in a letter quoted in Poundstone’s book. The 1980s would see the rise of personal computing but the personal decline of Shannon, who, left MIT in 1978 and was eventually diagnosed with Alzheimer’s disease.

Shannon entered a nursing home in 1993. Ensuing years would see the dot-com bubble and Internet ubiquity. It was Shannon’s contributions that had made the Internet possible. And yet, in a cruel irony, just as the Internet revolution began to change the modern world, he fell into dementia. He died in February 2001, leaving behind an influence on everything from cell phones to the cyber world to high-definition TV.

Outside of electrical engineering and computer science circles, Shannon has gone underreported on, given the depth of his influence on our daily lives. No full-length biography on him has been written. But that is perhaps changing: To mark the 100th anniversary of his birth, Bell Labs in Murray Hill, New Jersey, is hosting the First Shannon Conference on the Future of the Information Age, and April 30 will see the launch of the Bell Labs Shannon web exhibit. A Shannon 100th Birthday Celebration will also be held at the Heinz Nixdorf Museum in Paderborn, Germany, in May.

If he still were alive, chances are that he would celebrate by retreating to his toy room. 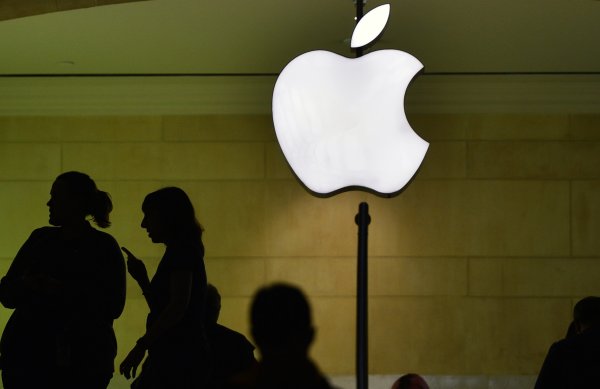 U.S. Drops Case to Force Apple to Unlock iPhone
Next Up: Editor's Pick