Both Emma Watson and Geena Davis have been outspoken advocates for gender equality — particularly in the media — in the past. Now, the two actresses have teamed up for a feature in Interview Magazine to discuss the issue of gender gap and how it affects women.

Davis — who got her big break in the 1991 hit Thelma & Louise — spoke about how her view of gender disparity started evolving when she began watching children’s television shows with her daughter. “There seemed to be far more male characters than female characters in what we make for little kids,” she said. “It was just a shock…I just started asking my friends if they had noticed. None of them — feminists, mothers, daughters — noticed until I pointed it out. Then I decided to bring it up within the industry. I knew a lot of people, so I’d say, ‘Have you ever noticed how few female characters there are in kids movies?'”

She explained that this change in perspective was what inspired her to further research the subject. “My point was the world is missing female characters,” she said. “A lot of times there is one female character, maybe even a cool one, maybe even an important one. But where are all the rest? So that’s when I thought, ‘I want to get the research, because I’d like to know if I’m right.’ It wasn’t so I could go educate the public, really. It was so I could go back to the people in the industry and present it to them and say, ‘See, it really is still a problem.'”

Watson added that she has experienced similar breakthroughs of awareness in her career. “If you’ve been sold the line that gender equality is something that is solved, and that we now live in an equal world and this has all been tackled, you’re not looking for it in the same way,” the 26-year-old U.N. Women Goodwill Ambassador said. “You’re not really aware, you’re not looking at it consciously. I would say there have been different stages of my feminist awakening. The more layers you peel back and the more things you’re made aware of, you’re like, ‘Oh my God.'” 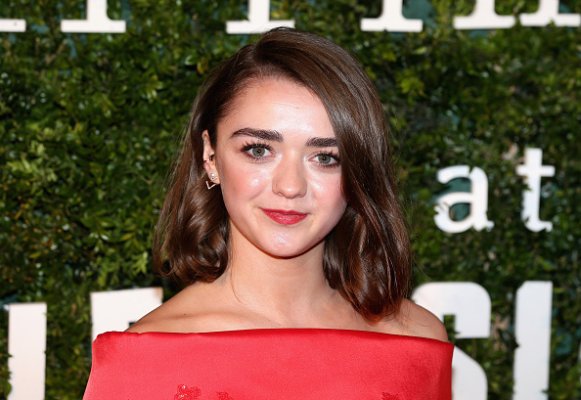 Game of Thrones' Maisie Williams Explains Why She Doesn't Like the Word 'Feminist'
Next Up: Editor's Pick