7 Political Insults That Rival 'Lucifer in The Flesh'

The 2016 election has seen no shortage of political insults directed at presidential hopefuls. Republican Sen. Ted Cruz was the most recent target on Wednesday, when former House Speaker John Boehner called him “Lucifer in the flesh.” “I have Democrat friends and Republican friends,” Boehner said, the Stanford Daily reported. “I get along with almost everyone, but I have never worked with a more miserable son of a b—h in my life.”

But political disagreements have long inspired leaders to level unseemly comparisons and biting critiques at their rivals. Here are some of the best—or worst—examples:

2. “Hideous hermaphroditical character, which has neither the force and firmness of a man, nor the gentleness and sensibility of a woman,” Thomas Jefferson said, referring to John Adams, whose son, John Quincy Adams, returned the favor, calling Jefferson, “A slur upon the moral government of the world.”

3. “God forgive me for the vile thought, but I cannot help thinking of a monkey just put into breeches when I see him betray such evident marks of self-conceit,” Sen. William Maclay said of John Adams.

4. “Of all the men whom it was ever my lot to accost and to waste civilities upon, [he] was the most doggedly and systematically repulsive,” British minister W.H. Lyttleton said of John Quincy Adams.

5. Theodore Roosevelt was partial to backbone-related insults. He reportedly said President William McKinley had “no more backbone than a chocolate éclair,” though some have disputed he actually said it. “I could carve out of a banana a justice with more backbone than that,” Roosevelt also said of Supreme Court Justice Oliver Wendell Holmes, Jr.

6. “History buffs probably noted the reunion at a Washington party a few weeks ago of three ex-presidents: Carter, Ford and Nixon — See No Evil, Hear No Evil, and Evil,” Sen. Bob Dole said in 1983.

7. “People might cite George Bush as proof that you can be totally impervious to the effects of Harvard and Yale education,” Rep. Barney Frank said in 2005. 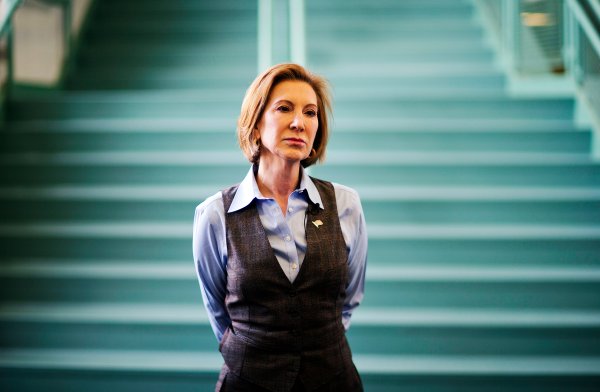 5 Things to Know About Carly Fiorina
Next Up: Editor's Pick