This Is How Often Toddlers Shoot People by Mistake

Fatal incidents involving toddlers and guns, including a deadly shooting this week in Milwaukee, are far more common than you might think.

The latest victim was Patrice Price, a 26-year-old Milwaukee mother, who was killed when her 2-year-old son fired a handgun he’d found in the backseat of a car. Officials say the .40-caliber gun apparently slid out from underneath the driver’s seat as Price drove her boyfriend’s car, according to the Milwaukee Journal-Sentinel. The toddler then picked up the gun and fired it, hitting his mother in the back.

The boy was the 77th child to fire a gun accidentally and harm someone in the U.S. so far this year, according to Everytown for Gun Safety, a gun control advocacy group. That number includes children age 17 and younger.

Four other young children ages 2 to 3 from across the U.S. joined Everytown’s list this week; they all fatally shot themselves after getting their hands on guns, the New York Times reports.

Read more: Toddlers Shoot Someone Every Week in the U.S.

Price’s death this week echoed a similar incident in Florida, where Jamie Gilt, a pro-gun activist, was shot by her 4-year-old son from the back seat of her car in March after the child found a handgun that had been stashed under a seat.

Last year, according to the Washington Post, 13 toddlers age 3 or younger accidentally killed themselves with a gun, 18 injured themselves, 10 injured others, and two killed other people. Most of the incidents involved unsecured handguns found by toddlers in purses and closets and underneath car seats. 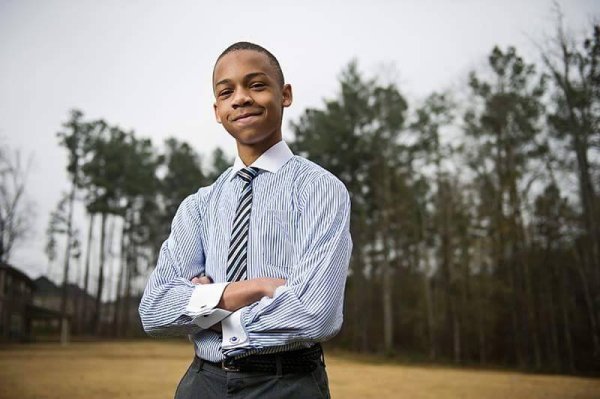 13-Year-Old: I’m Scared of Gun Violence in America
Next Up: Editor's Pick