Jane Jacobs, the woman who defended the vibrancy and diversity of city life against urban planners who sought to tear down slums, was born 100 years ago Wednesday. TIME once called her “the blunt poet laureate of the way modern cities really work.”

Born in Scranton, Penn., on May 4, 1916 she moved to New York City in 1934 to live with her sister, and once in the city she worked a variety of jobs. She met and married her husband, an architect, ten years later. In 1952, though she had never finished college, she began working as an editor at Architectural Forum, where she developed her ideas on city life further. It was a pivotal moment for the field she entered: in the post-World War II boom, many of the most prominent people working in urban planning believed that the way forward for the American city involved a firm push into the future. Cities, like the suburbs that were springing up, could be clean and car-friendly and orderly.

Jacobs, however, disagreed. In fact, she believed, the very qualities that the city planners wanted to squash were what made cities desirable: quirkiness, variety, density and self-regulating community.

Her 1958 Fortune article “Downtown is for People” offered an early view of her ideas on city life, what made it worthwhile for both passersby and local residents. In the article she argued that the “magnetism” of cities was what “made people want to come into the city and to linger there.” She told readers: “You’ve got to get out and walk. Walk, and you will see that many of the assumptions on which the [redevelopment] projects depend are visibly wrong.” Cities, she argued, are not like suburbs and should not be made to appeal to the scale and ideals of the suburbs.

Over the next three years she developed those ideas into her 1961 book The Death and Life of Great American Cities. TIME’s 1961 article on the book opened:

The book was highly influential, offering a radically different view from what city planners of the time put forward. Jacobs argued that urban renewal—tearing down old neighborhoods to build housing developments in their place—was not the answer to the problem of urban slums. “This is not the rebuilding of cities,” she wrote. “This is the sacking of cities.”

Jacobs was not just a writer who had big ideas, she was also the champion of those ideas in the real world. At the time city planning aimed to make cities orderly, with tall buildings and open space, and had no qualms about demolishing large swaths of neighborhoods to make their ideas reality, as with New York City’s Cross Bronx Expressway. A similar highway was the subject of what remains perhaps her most famous battle: The Lower Manhattan Expressway, proposed by city planner Robert Moses, which would have been a 10-lane road cutting across what is now SoHo and Little Italy. At a public hearing on the proposed expressway in 1968, Jacobs was arrested and later charged with “second-degree riot, inciting to riot and criminal mischief,” according to the New York Times.

The project was eventually abandoned—just as Jacobs, who moved to Toronto that year, wanted—and the neighborhood soon developed into a haven for artists and later a commercial center.

By 1969, TIME noted that despite its faults (“As an organic cure for the complex ills of great U.S. cities, Jane Jacobs’ program was preposterous.”) her work transformed how people understood city planning: “No matter. Despite her mistakes, Jane Jacobs, operating as curmudgeon and gadfly, had taken grandiose assumptions of city planning and stood them on their ears with invigorating effect.”

The effect has only continued, and her 2006 TIME obituary described her as a “self-taught urban-planning guru” who “miffed the powerful and revolutionized the field.” 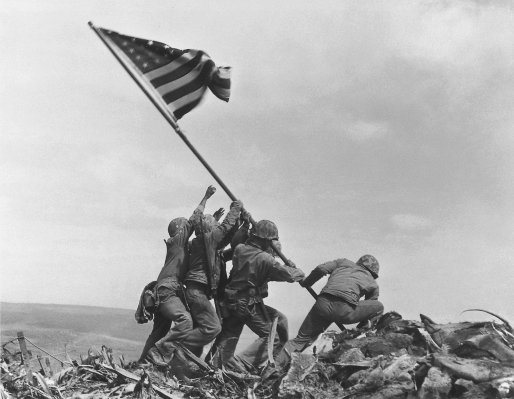 Author of 'Flags of Our Fathers' Now Suspects His Dad Was Not in Iwo Jima Photo
Next Up: Editor's Pick