Philippine presidential front-runner Rodrigo Duterte waded into controversy yet again Thursday, telling a group of businesspeople in Manila that he would pardon himself for mass murder if elected.

Duterte made the remarks during an hour-and-half-long speech to the Makati Business Club in which he also defended his reputation as a womanizer and made jokes about his genitals, the Philippine Star reported. He referenced his economic strategy — which the crowd had primarily gathered to hear — only tangentially, instead focusing on his core platform of ridding the country of crime.

Read more: The Next President of the Philippines Could Be ‘the Punisher’

According to Agence France-Presse, the Davao City mayor — who has previously boasted of running vigilante death squads that killed over 1,700 people — added that he would pardon soldiers and policemen accused of human-rights abuses.

“I will issue 1,000 pardons a day,” he said, before referencing a law that allows the President to pardon himself.

The divisive politician most recently gained notoriety for joking about the 1989 rape of an Australian missionary, following which he not only defended his remarks, but told a women’s-rights group to “go to hell” and called his daughter a “drama queen” when she spoke about her own alleged rape. 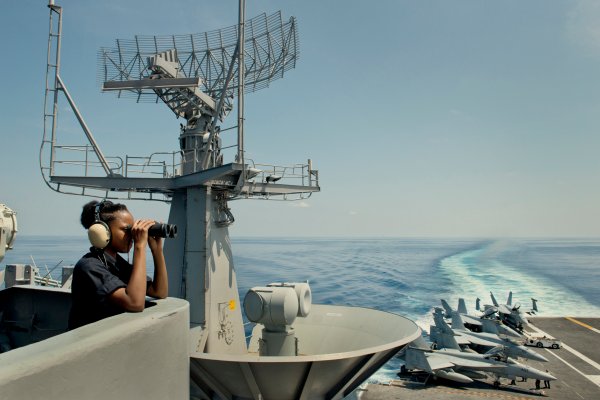 Navies Compete on the South China Sea
Next Up: Editor's Pick