An armed police officer exhales to warm himself as he stands guard near the "Light of the Internet" exhibition during the Second World Internet Conference on Dec. 17, 2015, in Jiaxing, Zhejiang province, China
ChinaFotoPress
By Charlie Campbell / Beijing

On April 19, Chinese President Xi addressed a forum on cybersecurity. He said officials should “heed public opinions” online and display “greater tolerance and patience” of “well-intentioned” criticism of the authorities. However, any positive reaction to his speech was short-lived: comments about it were immediately censored on social media.

On Wednesday, China scored its worst ever marks in the new Freedom of the Press report by Freedom House, with the advocacy group blaming a “trend of ideological tightening” under Xi. Freedom House scored China 87/100 — with higher marks indicating greater restrictions — on press freedom in its 2016 survey. (Last year was the China’s previous worst score with 86.)

“Censorship of news and Internet content related to the financial system and environmental pollution increased as the economy slowed and smog intensified, adding to the topics’ political sensitivity,” noted the report, which has been published every year since 2002.

Chinese journalists are commonly detained for short periods to coerce them to amend whatever is considered negative coverage. Following the publication of an open letter calling on President Xi to resign, at least 20 journalists and government critics were detained and interrogated. The prominent commentator Jia Jia was held for almost two weeks before being released.

“Members of religious and ethnic minorities are subject to particularly harsh treatment for their online activities, writings, or efforts to disseminate information that departs from the [Chinese Communist Party] line,” according to Freedom House.

Read Next: The Other Side of the Great Firewall

More seriously, an estimated 49 journalists are currently serving prison terms in China, according to the most recent annual census by the Committee to Protect Journalists (CPJ), meaning China is the world’s most prolific jailer of media workers.

Among them is Wang Jing, who this month was sentenced to almost five years in prison on charges of “picking quarrels and provoking trouble” with her writing. According to her publication 64 Tianwang, Wang wrote about allegations of Chinese police harassing, detaining and beating protestors.

Wang’s lawyer told the Hong Kong–based group Chinese Human Rights Defenders that local police beat her repeatedly and force-fed her when she staged hunger strikes to protest mistreatment in custody. Wang is not well and suffers from a brain tumor, her editor told the CPJ.

The picture online is no rosier. In the first quarter of 2016, China’s Internet watchdog shut down 1,046 illegal websites for “spreading pornographic content or information that jeopardizes national security,” according to state news agency Xinhua.

China operates the world’s most sophisticated online censorship apparatus — dubbed the Great Firewall — that employs 2 million online censors, according to state media. It blocks any content deemed inappropriate for Chinese to view — including Google, Facebook, Twitter — as well as search results for politically sensitive topics, such as the 1989 massacre of students in the streets surrounding Beijing’s Tiananmen Square. (Following Hannah Beech’s story on Xi last month, TIME.com has also been banned.) 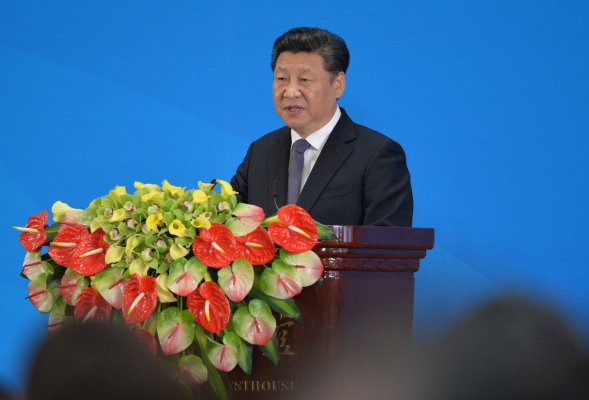