Why You'll Need To Save Way More Than You Think

A few years back, Mohamed El-Erian, the former CEO of PIMCO, coined the term “New Normal” to describe the post-crisis era of lower returns, slower growth, and more volatility. At the time, it was quite a bold prediction. But now it’s increasingly the conventional wisdom.

Witness Thursday’s release of a new report from the McKinsey Global Institute, “Diminishing Returns: Why Investors May Need to Lower their Expectations.” It predicts that returns on stocks and bonds are going to be down so much in the next 20 years relative to where they were in the three decades before, that the average 30-year-old will need to increase their personal savings rate by 80% and work an additional seven years to have any hope of retiring in the same way their parents did.

“The last 30 years saw a confluence of events that we probably won’t see again, like the decline in interest rates, the huge amount of new global GDP growth from emerging markets like China, women coming into the work force en masse, and corporate profit growth rising to new highs,” says Susan Lund, McKinsey’s head of research.

Those factors are mostly tapped out now. The emerging markets are struggling, women’s workforce participation in the U.S. has reached critical mass, interest rates globally are already in negative territory (30% of sovereign bonds pay negative yields), and many of the factors that drove the corporate share of the GDP pie to record highs (like falling tax rates, lower wages and so on) are now either flat or going into reverse.

The result is that all of us are in for a big shock to our portfolios. As the report notes, the last 30 years of returns have been a true historical anomaly. Despite repeated market turbulence, real total returns for equities investors between 1985 and 2014 averaged 7.9% in both the United States and Western Europe. These were 1.4 and 3.0 percentage points, respectively, above the 100-year average. Real bond returns in the same period averaged 5% in the United States, 330 basis points above the 100-year average, and 5.9% in Europe, 420 basis points above the average.

Aren’t technology-driven productivity gains going to save us? Not yet. “A lot of the technology revolution so far has been consumer facing, and much of the technology has been free,” notes McKinsey partner Tim Koller, who co-authored the report. He notes that the move towards the industrial Internet and the Internet of Things may increase productivity (which could boost both pay and corporate profits) more broadly, but it’s too early to tell. Meanwhile, the big North American and Western European firms that took the largest share of the global profit pool in the past 30 years face new competitive pressures as emerging-market companies expand, technology giants disrupt business models (I’m looking at you, Uber) and smaller and more nimble rivals compete for customers.

Bottom line, investment returns over the next 20 years are likely to fall well short of the returns of the 1985–2014 period. MGI has cooked up two scenarios. In a slow-growth scenario, which is basically what we have now, total real returns from U.S. equities over the next 20 years could average 4 to 5%, at least a couple of percentage points lower than they have been. Meanwhile, fixed-income real returns could be around 0 to 1%. Even in a higher-growth scenario based on resurgent productivity growth, returns will still be around 1.5 to 2% lower for equities than they have been, and 300 to 400 basis points lower for fixed income.

The result is a slow-moving Titanic-like crisis. Boomers, most of whom have only a fraction of what they need for a secure retirement, will absolutely be working harder and longer. Public and private pension funds all over the country will come under pressure. “Think of what’s happened in Illinois and magnify it,” says Lund. Local, state and federal government will be under huge pressure financially – leaving boomers and millennials fighting for a smaller share of a shrinking public pie.

It’s a bleak story. But there are actions that we can take now to mitigate some of the pain. One example would be to take the savings “nudges” already in place in many companies, like auto-enrollment for members, and increase them, putting in place automatic increases in savings each year for those enrolled in 401(k) and pension plans. The government might also consider taking drastic action, as Australia did when faced with a similar crisis a few years back, and mandate a national savings program in which worker pay is docked at 8-9% and pooled into a national sovereign savings account invested in no-fee low-risk assets. The program dramatically increased the personal savings rate in that country – something that will be crucial to buffering those diminishing returns. 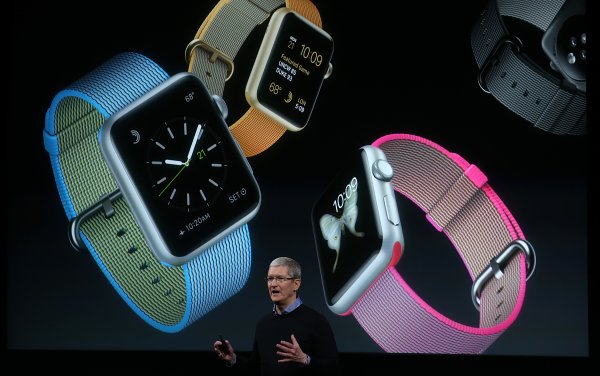 The Sad Truth That Apple and Exxon Reveal About Our Economy
Next Up: Editor's Pick