A 29-year-old South Sudanese man accused of posing as a high school student in Canada after allegedly entering the country illegally claims he did not know his real age.

Jonathan Elia Nicola, who played basketball on his high school team, told officials during a recent detention hearing that he was not lying about being a teenager to attend the high school. He said he was never given a clear answer from his mother about his actual age, according to the Toronto Star.

“I always keep asking what is the specific (year) that I was born, and she has told me that she could not remember,” he testified, according to the newspaper. “Over (in South Sudan) … they do not ask your age. They do not ask you nothing.”

The Canada Border Services Agency was tipped off to Nicola’s status by American authorities late last year when he applied for a U.S. visitor’s visa to play basketball with the school in the U.S., according to the Toronto Sun. He had tried at least four times to get into the U.S. but his applications were rejected, the newspaper said.

Nicola has been held by Canadian immigration since April 15 and was ordered to remain in custody, according to the Star. “I am not a liar person. I am religious. I pray to God,” he added. 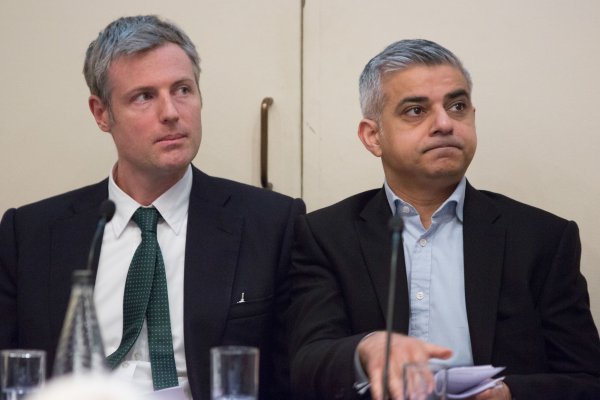 Everything to Know About London's Mayoral Election
Next Up: Editor's Pick