Republican presidential candidate Ted Cruz’s unusual move Wednesday to announce a running mate, Carly Fiorina, without securing the party nomination is not unprecedented in American political history — but it is rare, and similar attempts in the past have been largely unsuccessful.

Previous presidential candidates who have announced a running mate before achieving the nomination have done so in an attempt to draw in new voters and rejuvenate a struggling campaign. But in at least three instances they’ve been unsuccessful efforts, often dismissed as acts of desperation.

In 1952, U.S. Senator Robert Taft, then a Republican presidential candidate, had privately planned to select General Douglas MacArthur for his running mate and give him national-security responsibilities if Taft received the nomination, according to General Courtney Whitney, who was familiar with the discussions. MacArthur, whose recent firing by President Harry Truman had been unpopular in some quarters, later accepted that offer and gave the keynote address at the Republican convention. The Taft-MacArthur pairing, which became public knowledge among party insiders, aimed to “ignite Republicans with the kind of oratory MacArthur had used to wow Congress as well as the millions who heard him by ad and television,” Stanley Weintraub wrote in his book 15 Stars.

That’s what happened — sort of. Speculation about MacArthur’s place on the hypothetical Republican ticket was so welcome that Taft received calls to step down and allow MacArthur to run as the presidential candidate at the convention instead, Whitney wrote. But Taft maintained his candidacy, and General Dwight Eisenhower won the nomination after the first ballot at the convention, going on to win the election.

Ronald Reagan also tried a similar gambit with equally little success. Locked in a tight 1976 primary race, Reagan announced before the contested GOP convention that the more moderate U.S. Senator Richard Schweiker would be his running mate. In a cover story titled “A Gamble Gone Wrong,” published in August 1976 ahead of the convention, TIME called the step by Reagan “one of the most astonishing and bizarre turnabouts in a campaign full of surprises.”

Reagan’s pick was seen as an unsuccessful “act of desperation” and the move was criticized by numerous party leaders. North Carolina Republican Senator Jesse Helms told TIME in 1976 that he received a personal call from Reagan informing him of the upcoming announcement. “I looked at my watch because I wanted to know the time in my life when I was most shocked,” Helms said.

Ultimately, Reagan’s choice backfired for both Schweiker and himself. The Senator received criticism for betraying his more liberal political beliefs, and Reagan failed to motivate the more moderate voters he was hoping to sway with his selection. Sitting President Gerald Ford won the party nomination and then lost to Jimmy Carter.

More recently, former California governor Jerry Brown said during the 1992 primary that he would select the Rev. Jesse Jackson as his vice-presidential pick if he received the Democratic nomination, hoping to increase his support among black voters. According to the New York Times, that announcement was met with intense criticism from members of New York’s Jewish community who were offended and alienated by previous comments Jackson made insulting Jewish people and their religion.

The Los Angeles Times predicted the move would be remembered as a “serious political mistake” in New York, when Bill Clinton won the contested primary and Brown finished in an embarrassing third, behind Senator Paul Tsongas, who had already dropped out of the race. Brown’s campaign for the nomination ended not long after. 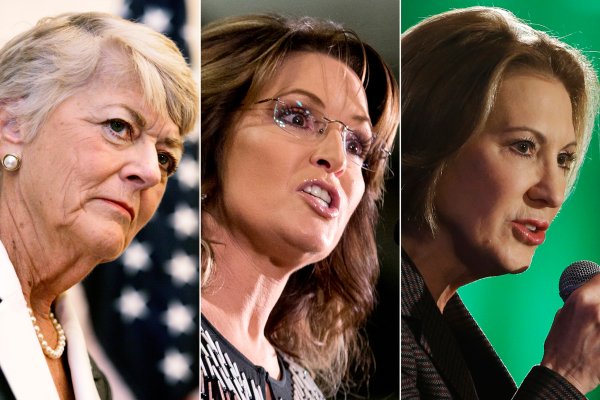 How a Major U.S. Party First Nominated a Woman for Vice President
Next Up: Editor's Pick