Two weeks after Kobe Bryant scored 60 points in the last game of his career, he scored even more points with fans by pulling off a hilarious prank on Wednesday’s episode of The Ellen DeGeneres Show.

With Ellen DeGeneres dictating commands to the Lakers star in his green room through an earpiece, he told the aesthetician that he has a sweating problem, then offered her a jar that he said was filled with his own perspiration from the first quarter of his last game.

“I’m going to sell it on eBay, but if you want to buy it, I’ll give you first crack at it,” he said. 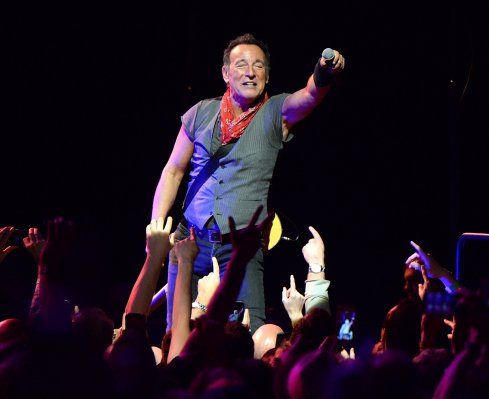 See Chris Christie Dance at a Bruce Springsteen Concert
Next Up: Editor's Pick