Jose Angel Gurria, secretary-general of the Organization for Economic Cooperation and Development (OECD), gestures while waiting to make a speech at the London School of Economics (LSE) in London, U.K., on Wednesday, April 27, 2016. The Organization for Economic Cooperation and Development became the latest international body to warn the U.K. that leaving the European Union would cause lasting damage to the economy, earning rebukes from campaigners for a so-called Brexit.
Bloomberg—Bloomberg via Getty Images
By Daniel White

If the United Kingdom were to leave the European Union it could cost working class Britons roughly one month’s salary by 2020, according to analysis by an international group of economists.

Angel Gurria, Secretary-General of the Organisation for Economic Co-operation and Development, said Wednesday that leaving the E.U. would mean that Britain would risk harming it’s own economy by losing access to a market of some 500 million consumers, according to Reuters. He also criticized those who are calling for the “Brexit,” saying their claims of a strengthened U.K. without the E.U. were a “delusion.”

The OECD pointed to Britain’s slow growth in the first three months of 2016 as sign that an impending Brexit may be weighing on consumer confidence, according to Reuters, and that the full impact of the June 23 EU membership vote will been later in the year.

“Our conclusion is unequivocal,” Gurria said during a speech in London. “The U.K. is much stronger as a part of Europe and Europe is much stronger with the U.K. as a driving force. There is no upside for the UK in Brexit, only costs that can be avoided.”

The OECD joins the chorus of voices warning the UK against an exit. President Obama was outwardly criticized by London Mayor Boris Johnson Obama called for a “strong United Kingdom in the European Union” during his visit there. British Chancellor George Osbourne recently cited a Treasury study saying it would cost households somewhere around 4300 pounds per year ($6,281) by 2030, which met similar criticism. 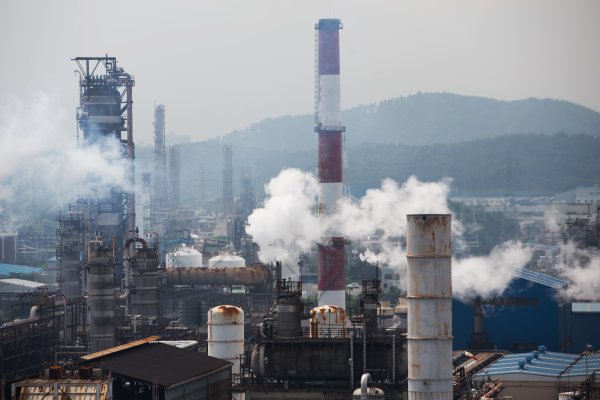 Has the Oil Price Rally Gone Too Far?
Next Up: Editor's Pick