Director Oliver Stone was sufficiently concerned about how the National Security Administration might react to his making a movie about Edward Snowden—the former CIA employee who leaked NSA files to the media in 2013—that he decided to shoot it in Germany. After a difficult path of securing financing and support to make what is sure to be one of this year’s more controversial movies, as well as a series of release date changes, the trailer for Snowden finally dropped on Wednesday.

The trailer begins with Joseph Gordon-Levitt as a frustrated Snowden as he’s being forced to drop out of training for the Army Reserve due to an injury. When a doctor tells him that there are “plenty of other ways to serve your country,” he moves forward by joining the CIA, but he gradually comes to believe that he might serve his country better by taking a stand against it. 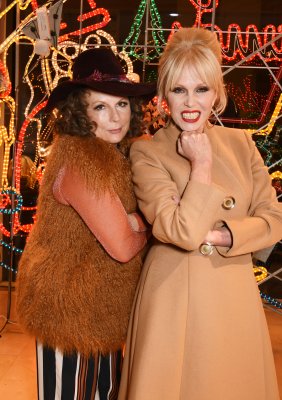 The Quest for a Glamorous Life Continues in the First Absolutely Fabulous Trailer
Next Up: Editor's Pick