Has the Oil Price Rally Gone Too Far?

Oil speculators are growing more confident that prices are gaining ground on the back of rising demand and shrinking supply.

U.S. gasoline demand is at a record high for this time of year, with the four-week consumption rate for gasoline above 9.3 million barrels per day (mb/d). That is important because the summer months typically see higher consumption than in the spring, so demand could continue to rise.

At the same time, production is falling. Weekly EIA data shows that output has declined to 8.95 mb/d, sharply down from a peak of nearly 9.7 mb/d in April 2015.

Oilprice.com: Oil Up As Quarterly Earnings Season Kicks Off

The converging of supply and demand has speculators increasing their bullish bets on crude oil. Net-long positions for the week ending on April 19 rose to their highest level since May 2015. Short positions fell for the week and long positions jumped. “Investors are looking for larger exposure to crude oil and showing a continuing willingness to buy on the dips,” Tim Evans, an energy analyst at Citi Futures Perspective, told Bloomberg.

Oilprice.com: Why The Saudi Aramco IPO Will Not Be Enough

Not everyone is convinced. A group of investment banks cautioned not to get too excited about the rally. Barclays said in a report on Monday that it is “not yet convinced that prices will remain here or go even higher.” Morgan Stanley said the rally had more to do with macro factors as well as speculators trying to profit. There are some temporary production outages in several OPEC countries that could be resolved in the coming months, bringing some supply back to the market. The outage in Kuwait from a workers strike was short-lived, and the Kuwait state-owned oil company hopes to boost production to above 3 mb/d by June. Iran has also added around 1 mb/d to production since January when western sanctions were removed.

Speculators could be overextending themselves. Any time there is a run up in bullish bets, the chances that long positions could start to be trimmed =—rises. Speculators could realize that the rally has run out of steam and then decide to pocket their profits. The liquidation could then spark a correction, forcing prices back down. As Morgan Stanley put it, “a macro unwind could cause severe selling given positioning and the nature of the players in this rally.”

The potential for a correction is mirrored by the fact that the fundamentals still look rather grim, with possible bearish indicators looming on the horizon. Oil storage levels set a new record last week at 538 million barrels in the United States and many analysts expect that figure has room to grow. “Still-elevated inventory levels, the return of some disrupted supply, further boosts to Saudi and Iranian supply, and increased non-OECD product exports all have the potential to move prices lower over the next several months, especially if broader macro sentiment shifts,” Barclays wrote.

Oilprice.com: China Stockpiling Oil At Highest Rate In Over A Decade

Then there is the possibility that some U.S. shale companies bring production back online as oil prices inch higher. The backlog of drilled but uncompleted wells, colloquially known as the “fracklog,” could start to be worked through as they become profitable again. “Once we start approaching $45 and above, the risk of a much sharper pullback starts to increase as a lot of shale becomes profitable again,” Angus Nicholson, an analyst at IG in Melbourne, told Bloomberg. “It’ll bring more supply back into the market. This happened last year when a swathe of output hit the market after a price gain and subsequently led to oil dropping to record lows.” There is a lot of uncertainty surrounding the exact price level that starts to trigger completions, and some analysts believe the price threshold could be much higher. Still, the fracklog will weigh on any price rally.

Oil companies themselves are not convinced that prices could move higher. The Wall Street Journal reported on several producers that have decided to lock in some of their production at hedged prices, foreclosing the opportunity to profit if prices rise but protecting themselves from another downturn. Energen Corp., for example, locked in around half of its 2016 production at about $45 per barrel recently, even though it spurned the chance to hedge its output last year as it waited for a stronger rebound. The story is the same for EV Energy Partners, a company that recently secured hedges at $40 per barrel even though a year ago it refused to do so at $50 per barrel. A range of other companies are following suit. Similarly, airlines are stepping up their hedges, locking in oil at around $40 per barrel.

As usual, the oil markets are rife with confusion and uncertainty. The longer-term looks a little clearer – supply is falling and demand is rising. The market will have to balance out; the only debate is over how quickly that happens. In the short-term, though, there is no consensus on whether prices move up or down. 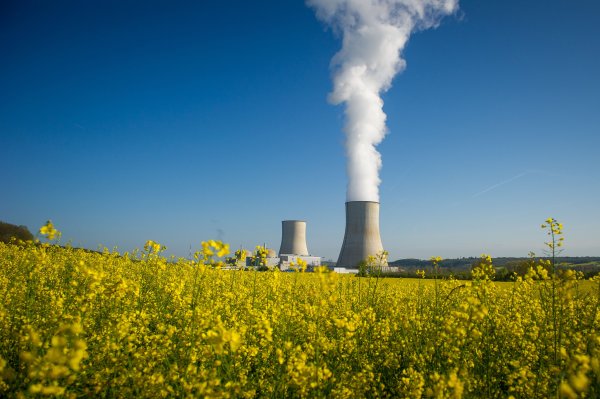