The bad: Expensive; Doesn’t add enough to the reading experience to justify the price

The bottom line: The Oasis is Amazon’s thinnest and most beautiful Kindle yet, but it’s too expensive for the average user.

Amazon’s newest Kindle shows the company is looking to improve its e-readers in one specific area: design. The device, which starts shipping to customers Wednesday, is Amazon’s thinnest and lightest e-reader to date. It’s also Amazon’s most expensive such hardware, costing $289.99.

Picking up the Oasis marked the first time I actually felt like I wanted to buy an e-reader, specifically because it felt so nice. It’s appealing in the same way a luxury item is: I wanted it, and I knew I wouldn’t be disappointed with it if I purchased it. But it’s not necessary. While the Oasis’ new design is an improvement over Amazon’s other e-readers, the overall experience is left largely unchanged.

All modern Kindles share the same software. They allow readers to take notes and look up unfamiliar words, they support Amazon’s X-Ray feature for viewing passages that mention specific themes and characters, and they integrate with Goodreads for book recommendations, among other capabilities.

So the Kindle Oasis’ changes are purely physical. But they’re the most dramatic aesthetic tweaks the Kindle has undergone in years. Although Amazon has made a few incremental design tweaks between the Voyage and Paperwhite models, both e-readers share the same basic slab-like shape. The Oasis ditches that form factor for a sloped design that thins out toward one side, measuring only 0.13 inches at its slimmest point.

The result is a device that feels familiar yet different. The thicker portion of the slope, which houses the Oasis’ processor and battery, resembles the binding of a book and makes it easy to grip. The wedge-like shape also gives the Oasis a look and feel that’s distinctly different than that of many similar consumer electronics, which typically share a uniform candy bar-shaped form factor.

The Kindle Oasis gets a few other tangible additions that set it apart from its predecessors. Two physical page turn buttons sit on one side of the screen, a brighter display includes 10 LED lights compared to the six built into the Voyage’s screen, and an accompanying leather cover adds 10 weeks of battery life to the device, Amazon claims. The buttons are perfectly situated. I never found myself reaching or adjusting my grip to flip to the next page. You can also tap the screen to switch pages, like on older Kindle models. This refreshed Kindle also comes with an accelerometer, which means it can detect the way it’s being held, unlike Amazon’s older e-readers.

The Oasis’ screen is certainly bright. When cranked up to its highest setting, it noticeably outshone the Paperwhite’s display, which almost looked grayish and dull in comparison. It’s hard to imagine a scenario that would require such a luminous screen, but it’s capable of giving off an intense glow if necessary. With the brightness set to about half of its maximum, I was able to clearly read text when sitting outside in daylight.

It’s impossible to test Amazon’s claim of months-long battery life without further use. After about two and a half days of using the Oasis without its included charging case, the battery depleted about halfway. This leads me to believe I could probably squeeze roughly five days to a week of battery life out of the Oasis without its case. The case is said to add an additional seven weeks of battery life, which would put the new Kindle’s total stamina at about eight weeks total, if Amazon’s claims are true.

Amazon offers its charging case in three colors: walnut (brown), merlot (red), and black. The flap that covers the Kindle’s screen has a leather exterior with a soft-touch interior, creating a premium feel. Amazon’s leather charging case looks nice and doesn’t add much weight to the Oasis, but I did notice that it collected a few nicks and scratches after being tossed around in my bag.

The Kindle Oasis is an impressively engineered device that’s pleasant to use. But at nearly $300, it’s too expensive for most people. That’s especially true because it doesn’t really change the reading experience. The Oasis’ new design and brighter screen make it more portable and easier to read in certain circumstances, but you’re really paying for the premium design and included charging case. 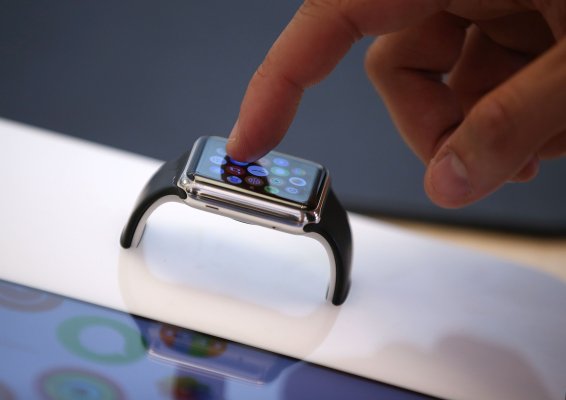 Here's What Apple is Doing to Improve the Apple Watch
Next Up: Editor's Pick