The Indian government has begun sending trains carrying water to the western state of Maharashtra, as the region faces its worst drought in almost half a century.

Millions of families have seen their crops destroyed, lost their livestock and suffered from life-threatening water shortages over several months, Reuters reports. However, the 50-wagon trains carrying 2.5 million L of water daily are not sufficient to meet the needs of the population.

“The government says it is bringing water by train every day, but we are getting water once a week,” Haribhau Kamble, an unemployed laborer in the worst-hit town of Latur, told Reuters after standing in line for three hours in scorching heat to fill two pitchers.

Maharashtra, India’s most prosperous state, has long been prone to drought but has been hit harder than in previous years because of lower rainfall. Experts say that government mismanagement, with the continued diversion of water to large industries like sugar and liquor, has worsened the situation.

According to government estimates, around 330 million people — a quarter of India’s population — have been affected by the drought, which is only expected to become more severe as temperatures rise across the country during the summer. 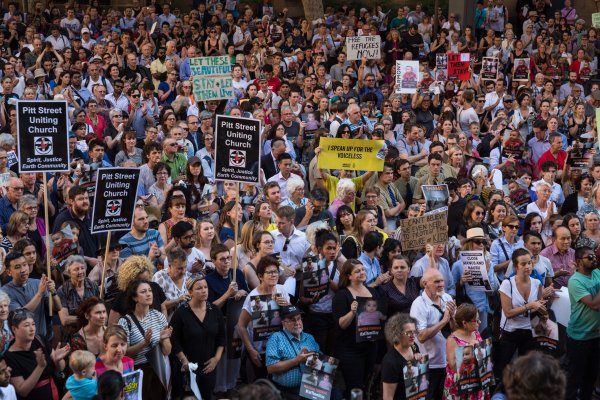