TIME 100 honoree Lewis Hamilton paid tribute to Prince while delivering a toast at the TIME 100 Gala on Tuesday.

The Formula One racing driver asked a room full of some of the world’s most influential people to raise a glass to Prince, whom he called “arguably the best artist of all time.” “I want to say no more,” Hamilton said. “He’s obviously the greatest of all time.”

Prince died last week at his Paisley Park estate in Minnesota at age 57.

The racing champion, who brought his mother as his date to the event, also dedicated a second toast to his father, “who made it all possible” for him. “This is really for my dad,” Hamilton said, adding that his father worked hard to provide for his family since they didn’t come from a wealthy background.

“My father really had a difficult upbringing, and he really just wanted to work as hard as he could to make sure that his children didn’t suffer the way he did in growing up,” he said. “I hope I’m as good of a father as he’s been.” 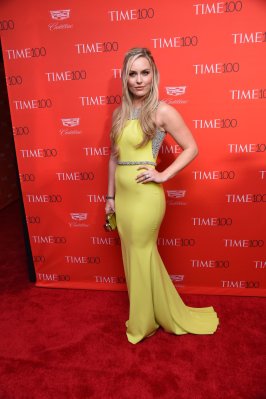