TIME 100 honoree Ariana Grande took the stage at the TIME 100 Gala Tuesday to sing “Dangerous Woman” and “Leave Me Lonely,” which the artist dropped last month.

During her performance, Grande thanked Nicki Minaj, with whom she collaborated along with Jessie J on the song “Bang Bang” in 2014. Grande called Minaj a “sister.”

Grande, who plans to release a new album also called Dangerous Woman in May, made TIME’s list of the 100 most influential people in the world this year, as did Minaj. 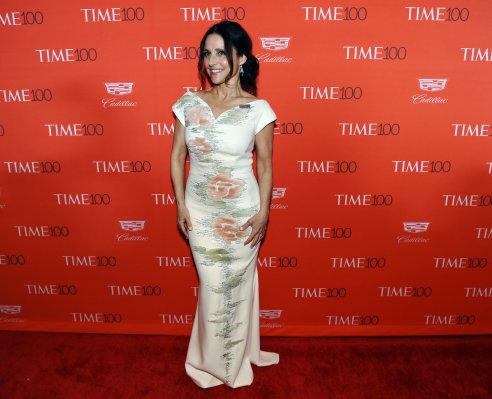 Why Julia Louis-Dreyfus Doesn't Think Veep Is a Parody
Next Up: Editor's Pick