Lili Taylor: The Most Apt Metaphor for Women In Hollywood

I notice now that it is two men in profile, staring at each other, which is perhaps why I thought of it as a metaphor for the situation in Hollywood for women today. Women in Hollywood today are nearly invisible, and trying to see the invisible is like looking at the negative space around a subject and not at the subject itself. It requires an imaginative act.

By nearly invisible, I mean that women made up only 33% of the speaking characters in top 100 films in 2015. Behind the camera, women fare even worse. Women make up only 3% cinematographers in those same films, 7% of directors and 11% writers of any Hollywood films. When a woman is in front of the camera, she is often partially clothed and seemingly jobless.

I wish that, when I went online and found the vase, when I looked at the negative space around it, I had seen two women. Not much to wish for, I know, but at least that way, as a metaphor, it would have worked better. The relationships between subject/object, negative/positive, seen/unseen. But the metaphor is broken because the men are there and the women are not. They might be negative, but they’re at least there. The women who are not in front of or behind the camera are not even granted the dubious distinction of being part of the “negative space.” We are relegated to a place outside negative space. Where does that leave us? Exile? But exile would imply that we were, at some point, at a “there” and now we’re at a “here.” But that’s not it, either. It’s something more—a further negative. A no. A non. A non-existent.

Once we see the negative space—in the vase, or in Hollywood—it can be hard to un-see it. The two men are mirroring each other, only looking at themselves. Hollywood, it is sometimes said, is a mirror for what’s happening in society. But if the roles for women aren’t fully formed, if women are essentially nowhere behind the camera, then what is being reflected back?

In Viola Davis’s Emmy speech, she summed up the tragedy of non-existence when she said, “You cannot win an Emmy for roles that are simply not there.”

The role that was “there” for Viola Davis in How To Get Away with Murder was created by a woman: Shonda Rhimes.

Read more: Viola Davis: ‘People of Color Are Part of the Human Experience, Too’

It’s really very simple. The higher up the chain of command the women go, the more significant the change. We need to get more women into positions of power—directing, producing and running a studio. Let’s go do it.

Lili Taylor starred in Mystic Pizza, and more recently, she was in The Conjuring and the series American Crime. 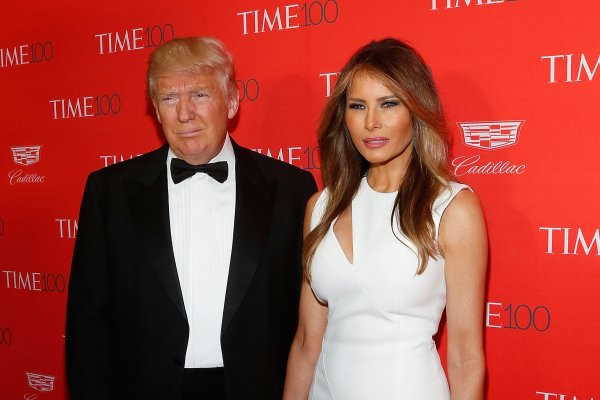 Melania Trump Says ‘Nobody Controls' Her Political Views
Next Up: Editor's Pick