4 Important Things I Learned When I Made Myself Leave Work by 5 P.M.

In previous jobs I’ve held, I was conditioned to think that leaving right at 5 p.m. was a thing of the past. It just wasn’t something people did anymore, so I stayed later, even on days when I’d finished my work and was only running out the clock.

But then I started working at my current day job and noticed plenty of people leave at (or around) that time on a regular basis. As foreign as it felt to me, I wanted to try it—just for a week, just to see if I could actually do it without getting behind.

So I did, and here’s what I learned:

1. I Needed to Be Intentional About Leaving Work at 5 PM
After working late for the majority of my entire career, it quickly became apparent that, unless I made it a point to leave at 5 p.m. on the dot, nobody would do it for me. Nobody would come to my desk and say, “Rich, close your laptop. It’s time to go home now!”

So that meant I’d have to force myself to make it happen. For starters, I added a recurring block of time to my calendar every day at 5 p.m., which I called “Go home because you can.” Not only did I have that alert on my calendar, I had a handful of other notifications set up that went off right at 5 p.m. and more or less made me feel like staying any later would mean I was breaking the rules.

Since it’s nobody else’s job to tell you to get out, you have to take matters into your own hands; whether that’s a Google calendar alert, a sticky note on your monitor, or even asking a friend to text you at 4:45 p.m. that it’s time to start wrapping up. Be creative and find something that works for you.

2. I Had to Get More Done During the Day
When I finally got used to the idea that I’d leave my desk at 5 p.m., I looked at my calendar and thought, “Wow, that is not a lot of time to get everything done.” I quickly realized that I needed to maximize the time that I would be in the office. That meant taking fewer coffee breaks, cutting a couple of casual conversations short, and focusing harder on getting my work done. This extra push was a bigger adjustment than I thought it would be, but when leaving time did roll around, I left work feeling pretty good about how productive I’d been in less time than usual.

If you currently have trouble focusing during the day for long periods of time, consider trying out a few different strategies, such as Pomodoro Technique or finding your golden hours.

Related: The 4 Best Lessons I Learned Giving Myself a Technology Curfew

3. I Enjoyed My Additional Free Time More Than I Thought I Would

It’s easy to think that you’re doing just fine, even if you’re staying at work late on a regular basis. You might not be tired, you might even love your work, but when you give yourself the flexibility to leave your desk on time when you’re able to, you’ll realize how nice it is to have an another hour or two each evening for yourself.

The additional time allowed me to spend more time catching up with my wife after work (instead of immediately plopping myself down on the couch and binge-watching an awful reality show). And because I had more of this quality time with my wife, I felt way less guilty about training for an upcoming half marathon on the weekends. And on a couple occasions, I was even able to catch up on one of my favorite, if not nerdy, pastimes: browsing the stacks at my local comic book store.

Related: 5 Smarter Ways to Spend Your Weekend Time, According to Super Successful People

4. I Realized the World Won’t Come Crashing Down if I Leave Something for Tomorrow

Here’s a lesson that’s hard to learn until you start leaving your desk at the same time every night. While I didn’t purposely miss deadlines because I needed to leave at 5 p.m., I did take a harder look at my to-do list. And I realized I have an awful habit of obsessing over getting to “inbox zero.” The problem with doing this, especially near the end of the day, is that you’ll never get there. There will always be more messages coming in—but few, if any, that require my immediate response.

In fact, a lot of the emails I read late at night literally said, “This can wait until the morning.” The truth is that few things are as urgent as we make them. I’m not saying to put off everything until tomorrow, but know when you’re just getting ahead for the sheer sake of getting ahead.

Leaving work at 5 p.m. is admittedly very strange to me. So strange, in fact, that after leaving at that time every day for a week, I fell back into some old habits. Sure, sometimes it was necessary to stay a little later to meet a deadline, but other times I’d get caught up in tasks or conversations that really could have waited until the following morning. And even though I’m not perfect at leaving on the earlier side, walking out the door at the same time every day for an entire week has made me think more closely about how long I spend sitting at my desk. And the fact I’m more aware of that in general is as good of a start as I could really could ask for. 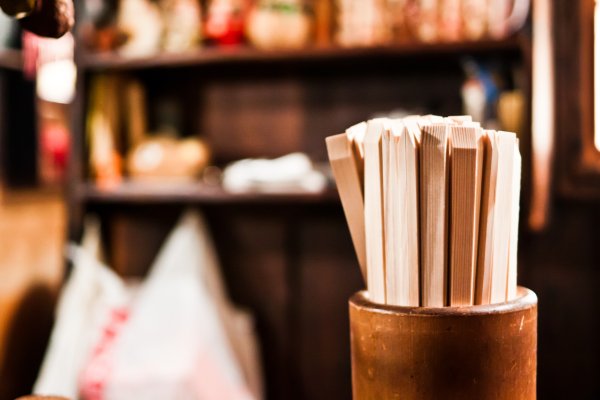 So This Is Why Chopsticks Are Connected At the End
Next Up: Editor's Pick