How Nepali Women Are Doing a Year After the Earthquake

Twenty-three year-old Sabita Nepali stands in front of a makeshift hut, holding her two-month-old infant son. It’s a hot April day, and Nepali must go fetch drinking water—an arduous journey of climbing down the mountain and returning with a 30-liter water can. While she is away for five hours, the only person to look after her baby boy is her 4-year-old daughter. Like scores of other women in the country, Nepali lives alone with her children as her husband is working as a laborer in Saudi Arabia.

I met Nepali in Chandeni Mandan village in Nepal’s Kavrepalanchok district on the 17th of this month. When a 7.8 magnitude earthquake hit Nepal on April 25 last year, Chandeni Mandan was one of the worst affected villages. Thirty-six people died here and 100% of the houses were demolished that day. The quake and dozens of aftershocks also destroyed the water supply system, adding to their woes.

A year later, the villagers are still living in tiny tin sheds which get extremely hot during the day. The sheds were built by the government and different aid agencies after the earthquake. The government also gave them 25,000 Nepali rupees ($230 US) and some agencies distributed free food grains.

But nobody provided them water. So, the villagers are forced to buy from private water suppliers. Those who cannot pay must fetch it from the river far below their mountain village.

The fact that a woman has to carry water for five hours every day soon after giving birth shocks me. “How can you do this?” I blurt out.

“What options do I have? If I don’t go, my children will die of thirst,” she says.

Chandeni Mandan is the last stop on my eight-day journey through Nepal to see the status of locals one year after the earthquake. I am with a team of national and international journalists, invited by the United Nations Environment Program (UNEP).

The village of Chandeni Mandan has nine hamlets. Across all the hamlets, I meet women, carrying a water pitcher in a “doko” (bamboo basket) on their backs. They walk up the dirt road of the mountain village, weighed down by the heavy pitcher. Among the women are two girls—Rekha and Geeta, both barely 11 years old. “What about their education?” I wonder aloud.

“The summer vacation has started. So, we do not have to go to school now,” they say.

But what happens when the vacation is over? “We don’t know yet. Maybe we will wake up earlier than now and fetch water,” says Geeta. “Maybe I won’t go to school again,” says Rekha.

The situation is heartbreaking. Yet, the women of Kavrepalanchok are not sitting idle, waiting for water aid to reach them. Instead, they are brainstorming, trying to find a way out of the crisis on their own.

The day I reach the village, women from all the hamlets have gathered in a meeting. I hear them talk of rainwater harvesting. “In another two months, the monsoon will come. We want to harvest this rainwater to ease the current crisis,” says Seeta Nepali, a villager.

The problem, however, is that installing a water tank on their tin sheds is not possible. So, they are also lobbying for a concrete house with a sturdy roof and coordinating with the government on a plan to lift the water from the river below.

Their enthusiasm and bravery impresses me. I remember the other efforts I have seen in the past few days to beat many environmental, livelihood, and climate challenges.

On April 14, the day after I reached Nepal, I was in Bhanjyang, a village on the higher ridges of the Panchase mountain forest. Our team spent the night at a home stay facility run by three sisters. It was dark and there was no electricity when we reached the facility. The women were cooking on a wood fire and the room was filled with smoke. I was about to feel sad for the women when I noticed light coming from the back of the house.

“We have solar power,” one of the sisters said. The eight panel powered bulbs run only for a few hours and light only two rooms, but at least they can still run their business. “We cook in the oil lamp, but serve food to our guests under the solar light, so they can see what they are eating. And we also run a refrigerator, so guests can have a chilled drink,” she said.

‘These women know how to turn the tide in their favor! They do not need my sympathy!’ I thought.

During the next few days, I would have this feeling several times while watching women in villages shaken by the earthquake or destroyed by a landslide rebuilding their lives against a hundred odds.

In a village called Sidhane, a 74-year-old woman is running a home stay facility because she wants her 12-year-old grandson to study in a good, private school. In another village, Damdame, Bhim Kumari Gurung is discovering the joy of clean energy at 65 years of age by installing a biogas station at her home that runs on buffalo dung. In Sitapaila neighborhood of Kathmandu, Divya Karki, a young woman, conserves water and electricity by washing her utensils in trickles of cold water in her backyard instead of pumping it up her first-floor kitchen. And in Pokhara, Lal Kumari Pun, a World Pulse community member, tells me that she would work to conserve the forest of Red Rhododendron—the majestic national flower of Nepal that is fast declining. “There were so many Lali Gurans (the local name for the flower) in my village, right now I miss it so much,” she says, her voice choking with emotion.

The earthquake of Nepal killed over 8,000 people and affected 8 million others. According to multiple reports published by international aid agencies, though progress has been made, the status of disaster recovery in Nepal is far from perfect. In the past week, I have witnessed this in Kathmandu, Kavrepalanchok, Kaski, and Parbat—four districts hit multiple times by the earthquake and landslides and flash flooding. I have seen the extreme struggle for basic amenities like water and electricity. I have seen school houses still in a broken state, students out of classrooms, running errands because their fathers are away in foreign countries.

But, even with these extreme adversities, I am amazed by the level of inner strength of the common Nepali people, especially the women. I remember Bishnu Mani Nepal, a social worker from Dhulikhel-based NGO Samaj Seva Samuha telling me that the women of Nepal are “extremely resilient”.

As I board my plane in Kathmandu’s Tribhuvan International Airport, my mind races with a question: Is the government taking the women and their resilience for granted and neglecting its own duty towards them?

It’s a question that will linger in my mind for a while.

Stella Paul is a contributor from India. This piece was originally published on World Pulse. Sign up to get international stories of women leading social change delivered to your inbox every month here. 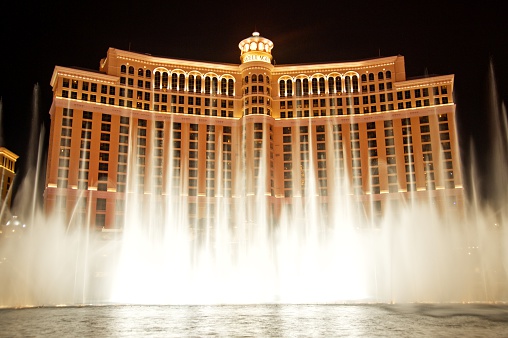 How Las Vegas Could Become the Silicon Valley of Water Innovation
Next Up: Editor's Pick