The One Meaningless Word That We All Say Too Much

A few weeks ago, I was sitting in a brainstorming meeting. After one particularly important idea was mentioned, someone responded with “That’s a really interesting point.” And then, crickets.

OK, not exactly, but it definitely brought the conversation to a halt—until one person took the long silence as an opportunity to speak up.

What she said surprised me:

“I’m sorry, I just have to ask. What do you mean by interesting? Break that down for me.”

What did he mean by “interesting?” I sure didn’t know—and neither did he really. And in that brief moment, as I watched this person try to explain why he found this interesting, I realized just how meaningless the word was.

Related: This is Your Perfect Schedule for a Productive Day

I find myself using “interesting” all the time. That was an interesting movie. I’m interested to hear what you think. I think it’s interesting that…

But from this conversation, I realized that this word not only contributes nothing to the conversation, but it made it seem that the person who said it didn’t want to be involved with what we were all sitting there trying to accomplish. It was the perfect neutral—not too mean, not too encouraging, not too deep that he’d have to jump in and take initiative. In fact, it could have been taken as an insult: I don’t really care either way, so I’ll just acknowledge that you spoke and move on. Just think, have you ever felt elated that someone said your thoughts were “interesting?” I didn’t think so.

After this experience, I decided to swear off the word altogether (except for writing this article, of course). The reason is simple: I like honesty. Honesty is productive—it shows that you actually listened to someone, then took the time to think through what he or she said in order to craft a thorough and useful response.

Ever since I swore it off, I’ve become more in tune with my emotions and have had more meaningful and productive interactions in which I was able to learn something new about myself and others around me—a.k.a., I gained some serious emotional intelligence.

Now, I present my challenge to you: Let’s take more conversation risks and start to break down what we mean by “interesting”—rather than using it as a scapegoat. Do you mean that it’s surprising, or maybe something you really hadn’t thought of before? Do you believe that it’s a good idea, but not practical right now? Or, do you absolutely love the concept but aren’t sure if other people agree?

Say those things! And, if you truly don’t have a response, that’s OK too—just saying “I’m not sure how I feel about that” can be a great way to further discuss what about it confuses, upsets, or bugs you. But when things remain ambiguous, nothing gets done.

Related: 10 Signs You’re a Real Leader (Even If Your Title Doesn’t Reflect It)

The next time the word “interesting” pops up in your head, I dare you to try to process it and figure out what you’re really thinking before saying it out loud. You’d be surprised how many better, stronger, and more exciting phrases there are out there—I can tell you from practice that it is one word you can definitely live without. 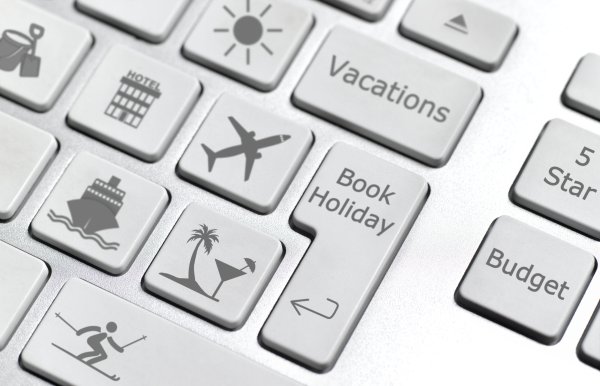 These Are The Best Times to Book Hotels For Your Summer Vacation
Next Up: Editor's Pick