The One Word Tom Hanks Says Made Him Successful

The piano scene from Big.

I was only 10 years old the first time I watched it. In the film, Tom Hanks plays a young boy who makes a wish “to be big,” and then ages to adulthood overnight. Hanks’s brilliant performance is exemplified in that two-minute scene, as he demonstrates the power of a great actor to bring an imaginary character to life–and in turn inspire an entire generation to love the movies.

That role in Big earned Hanks his first Oscar nomination for best actor, but it wouldn’t be his last. In fact, Hanks has gone on to become one of the most recognized and honored actors of all time.

But it wasn’t always that way. There was a time when Hanks was better known for his roles in more forgettable movies like Turner & Hooch and Joe Versus the Volcano. (Although, admittedly, I love both films.)

So how did Hanks go from making box office bombs to critically acclaimed hits? In a recent interview with John Oliver at the Tribeca Film Festival, the accomplished actor talked about the pivotal change he had to make.

Related: How to Be Happy: 10 Science-Backed Ways to Become a Happier Person

The Power of One Word
Speaking about the variety of film roles he was being offered, Hanks had this to say (as reported by Business Insider):

There’s a lot of wisdom in these words—and not just for actors.

When I started my business some years ago, I literally took whatever work I could get my hands on. Living in a foreign country with a family to feed, I had no choice. But as time went on, I established my brand and gained more freedom–especially in deciding which clients and jobs I wanted to focus my efforts on.

And let me tell you, there’s no better feeling than having that freedom. But you have to take advantage of it.

Related: Here’s What ‘Business Casual’ Means for Any Situation

Others have touted the remarkable power of that two-letter-word. For example, Jony Ive, Apple’s design chief and the man Steve Jobs once called his “spiritual partner,” said that Jobs would ask him the same question almost every day:

“How many times did you say no today?”

It’s that ability to decide when to say no, says Ive, that made Jobs “the most remarkably focused person I’ve ever met in my life.”

Putting It Into Practice
Whether you’re an entrepreneur, a manager or team lead, or even an employee, you’re faced with choices about your work on a daily basis. Should I take that meeting? Do I really want to take on this client or project? Should I focus on this task at the expense of the other?

From time to time, it pays to take a moment to think about what you really want to accomplish. Not just today but over the next weeks, months, and years. Allow that focused thinking to guide your decision making.

Related: The 18 Best Motivational Books Everyone Should Read

Every time you say yes to something you don’t really want, you’re actually saying no to the things you do.

This article originally appeared on Inc.com 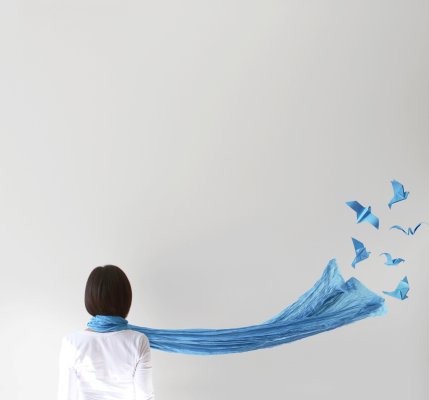 Dating After Rape
Next Up: Editor's Pick