The early morning sun rises behind the US Capitol Building in Washington, DC.
Mark Wilson—Getty Images

Five Northeastern states vote Tuesday in what has been nicknamed the “Acela Primary.” Polls in Connecticut, Rhode Island, Pennsylvania, Maryland and Delaware close at 8 p.m., but Hillary Clinton and Donald Trump are expected to sweep. The only outstanding question is by how much. On the Democratic side, a strong Clinton win would effectively close what little path remains for Bernie Sanders to the nomination—already he has to win nearly a supermajority of remaining delegates. On the GOP side, anti-Trump forces have long predicted this would be a tough day for them, but are hoping Ted Cruz and John Kasich can keep at least some delegates from Trump’s grasp. They are turning their energy toward Indiana next week and the subsequent nine contests through June 7.

Trump’s newly empowered convention manager may not be that powerful anymore. Another shakeup appears to be underway within the Trump machine amid continued delegate selection troubles and leaks. Trump, who made a show of trying to appear “presidential” last week at the behest of new aide Paul Manafort, appeared to shelve it Monday with a long riff mocking the notion at a campaign rally. The head-spinning reversals highlight how Trump has succeeded despite his ad hoc campaign—a slightly more professional operation could have locked up the nomination weeks ago.

The GOP race may never get to a contested convention, but Ted Cruz isn’t taking any chances, his campaign leaking Monday they are vetting former HP CEO and 2016 candidate Carly Fiorina to be Cruz’s running mate among a short-list of contenders. In the coming weeks, similarly politically advantageous leaks are expected—designed to broaden Cruz’s support by attracting backers of his potential selections—but there is little incentive to make an announcement until at least after June 7, and perhaps not until the convention.

Donald Trump, Hillary Clinton Likely to Sweep ‘Acela Primary’
But by how much? [TIME]

Bernie Sanders’s Supporters Consider Where to Turn if His Bid Fails
As the end nears, they look for what’s next [New York Times]

“I don’t tell people how to vote. I’m not in that state right now, but I will be in other states and I will be at the convention, in a broken convention, trying to be president of the United States,” — Ohio Gov. John Kasich sharing the limits of his new alliance with Ted Cruz on the Today Show

“I have never seen a human being eat in such a disgusting fashion.” — Donald Trump on John Kasich’s campaign tour of eateries 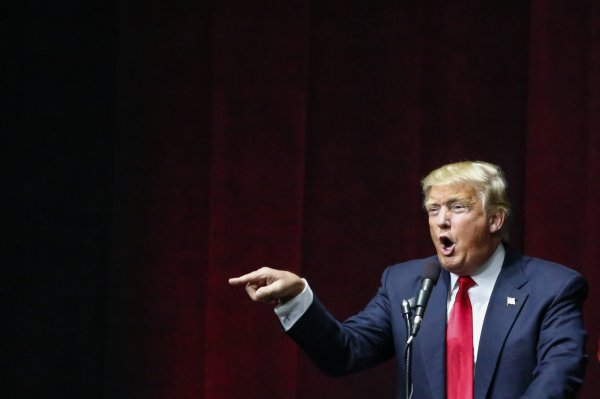 Donald Trump Argues the Rules Are 'Rigged'
Next Up: Editor's Pick