Stephen Curry Will Be Benched for At Least 2 Weeks

Stephen Curry #30 of the Golden State Warriors warms up before playing the Houston Rockets in game 4 of the first round of the Western Conference playoffs at Toyota Center on April 24, 2016 in Houston, Texas.
Bob Levey/Getty Images
By Sports Illustrated

An MRI on the right knee of Golden State Warriors point guard Stephen Curry has come back negative with no signs of damage, the team announced. Curry may miss two weeks with a Grade 1 strain.

At the end of the first half of Sunday’s Game 4 against the Houston Rockets, Curry was guarding Trevor Ariza before slipping on a wet spot on the floor and landing awkwardly. Curry grabbed his right knee and was assisted by his teammates before limping to the locker room.

Curry was spotted doing agility drills to make a comeback in the second half but the injury was severe enough to hold him out for the remainder of the game.

“Hopefully, he’ll be OK before too long. We don’t know,” head coach Steve Kerr told reporters after the game. “But I just feel bad for him. He’s been healthy all year long, and all of the sudden the playoffs start, and he’s had a couple of fluky things.”

Before the knee injury, Curry missed Game 2 and 3 with a sprained right ankle. Curry has averaged 15 points per game but just seen 38 minutes of action.

The Warriors look to close out their best-of-seven, first-round series against the Rockets on Wednesday night. 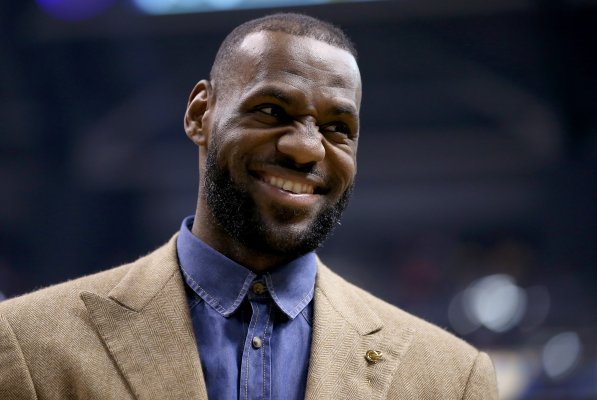 Watch LeBron James Go Undercover as a Pizza Employee
Next Up: Editor's Pick