Twenty-three people have died in Pakistan after consuming pastries that may have been contaminated with pesticide, according to reports.

A man is believed to have bought the desserts to celebrate a birth—reports conflict over whether it was his son or his grandson—only to die after he and several others consumed them. More than 70 people have been sickened, the BBC reports. Twelve of the 23 who have died were members of the same family. Among those dead are the man who purchased the sweets, seven of his brothers, two of his nieces and one of his nephews. Fifty-two people are still being treated.

The sweets were purchased from a bakery in the Punjab province, AFP reports. A pesticide shop near the bakery was reportedly undergoing renovations and the bakery owner had housed some pesticide in his shop.”A baker may have used a small packet in the sweet mixture,” a local official told AFP. 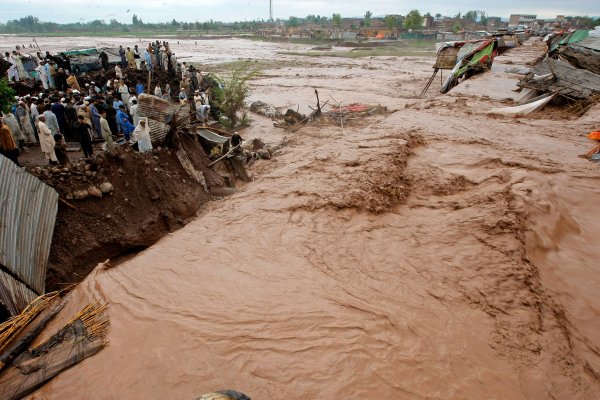 Flash Floods in Pakistan Kill at Least 45
Next Up: Editor's Pick