A gay-rights activist who edited the only LGBT magazine in Bangladesh was hacked to death on Monday.

Xulhaz Mannan, 35, who edited the magazine Roopbaan, was killed along with another person when attackers entered an apartment in the capital city of Dhaka, BBC reports. The murder is the latest in a string of brutal attacks on writers and members of religious-minority groups by suspected Islamist militants in the country.

Mannan also worked for the United States Agency for International Development (USAID), and his killing was condemned as “barbaric” by U.S. Secretary of State John Kerry on Monday evening.

“Xulhaz … was a trusted colleague, a beloved friend, and advocate for human rights and dignity in Bangladesh,” Kerry said in a statement, pledging “full support” to the Bangladeshi government in its investigation into the murders.

“In many ways, [Mannan] embodied the spirit of the people of Bangladesh and the pride with which they guard their traditions of tolerance, peace, and diversity,” Kerry added.

Before the most recent attack on Monday, a group of people arrived at the apartment building and identified themselves as couriers to gain entrance, according to reports. The murder comes two days after an English professor was killed in a similar attack. 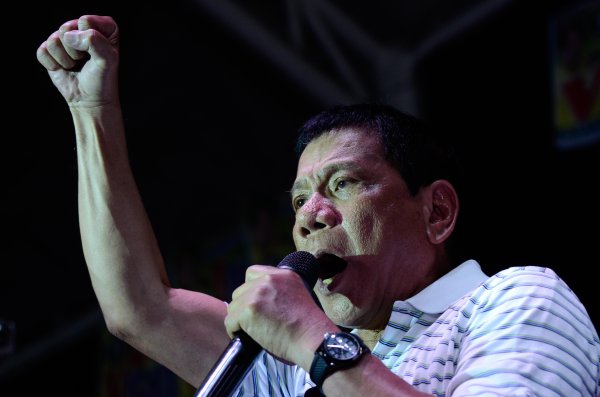 A Presidential Candidate in the Philippines Made a Rape Joke—and Soared in the Polls
Next Up: Editor's Pick