Coca-Cola Company
By Olivia B. Waxman

The citrus juice drink Hi-C Ecto Cooler will be back on shelves to coincide with the Ghostbusters reboot opening July 15, Coca-Cola announced Monday.

Starting May 30, fans will be able to stock up on 10-packs of 6-ounce juice boxes and 6-and 12-packs of 11.5-ounce aluminum cans that, according to a release, turn “slime green” when the product is cold — a nod to Slimer, the green ghost in the film, that used to appear on containers.

Buzz about Hi-C Ecto Cooler’s return — originally released in the late 80s and sold until 2001 — started last fall after it was reported that the company had filed a trademark patent for the drink. 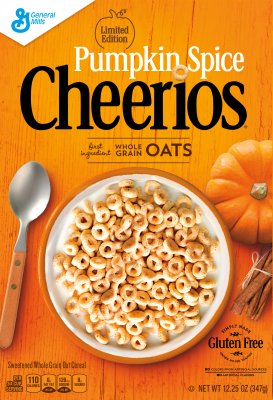 Stop Everything: Pumpkin Spice Cheerios Are on the Way
Next Up: Editor's Pick